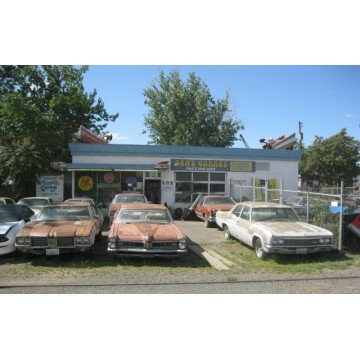 "It's not a repair shop, it's a wrecking yard." says Dan Stafford, owner of Dan's Garage. Dan has always had a soft spot for collectible cars. He has restored and rebuilt Camaro and Firebird cars for years. "In the process, I built up a number of parts-cars to help with the restorations," he explained. "But I found that it was a lot easier selling the parts than the cars." The approximately 200 Project Cars listed on the website represent the tip of the automotive iceberg as Dans Garage has over 500 parts cars in the wrecking yard (see Tour the Yard) as well as buildings full of parts and of course the traditional old 40's era school bus for storing seats and interior parts. That's the evolution of Dan's Garage, in Kennewick, Washington. Located on 4.5 acres and in the same location since 1981. "I outgrew my backyard and had an opportunity to rent an old building and a little bit of property," he said. "It's almost a vintage building. It was the 1954 Union 76 Gas Station where I used to air up my bike tires when I was a kid." Today, it's primarily a two-man operation with Stafford's brother-in-law, Dave Edwards, working the counter, wife, Kelly, keeping the books, and dog, Auto, guarding the yard. The business specializes in older, collectible, General Motors cars from the 1950s, 1960s, 1970s, and 1980's. "There are not a whole lot of similar businesses, maybe a half dozen in the state," acknowledged Stafford. "We try to do a good job of helping people find parts to finish their projects. What a lot of people run into when they search online is that there is very little early stuff. It's mostly directed at latemodel salvage. So someone could be looking for two years for that last piece of the puzzle. They get frustrated. When they find me, they're thrilled." Since the parts at Dan's Garage are so old, Stafford simply carries warranties that specify the parts are the correct part. "The business offers local delivery for cars but Dan also ships cars and parts all over the world. The smaller purchases go by US mail, bigger items by truck freight or Greyhound bus, and cars by transport truck. 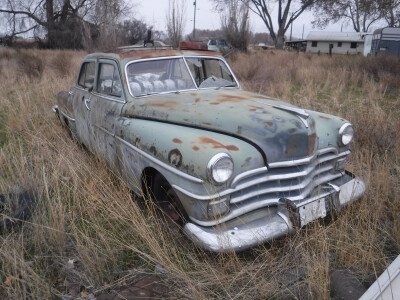 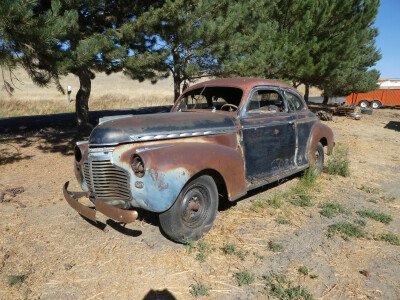 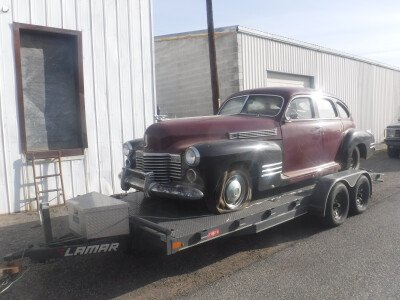 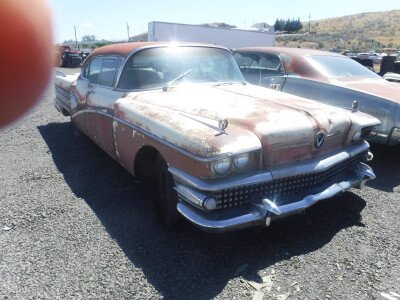