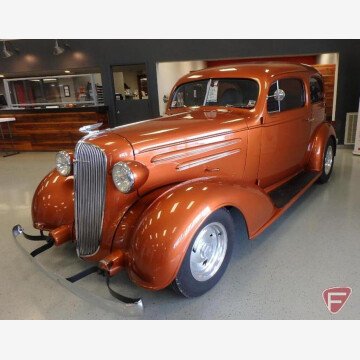 In 1947, Joe Fahey, Sr. (1919-2002) of Belle Plaine, Minnesota borrowed $150 from his Brother-In-Law to attend the Col. Joe Reisch, World Wide College of Auctioneering in Mason City, Iowa.  What an adventure it must have been for this young dairy farmer with an eighth grade education to travel such a distance and be away from his family for a whole week!

Joe took his auction education seriously and returned home to start his own auction business with his wife Blanche (1920-1995). In 1950, he studied for and received his Real Estate Brokers License. After a short time running the sales barn in Belle Plaine, Joe and Blanche ran their business from the kitchen table with a party line helping local families with the sale of their machinery, cattle and farms. In the 1970’s, they rented space in an insurance office in downtown Belle Plaine. By the end of the 1970’s they were joined in the business by their four sons and had added office locations in New Prague and Hutchinson, Minnesota.  In addition to the auction lot in Union Hill, other locations would follow in Shakopee, Norwood, Carver and Waterville, MN.

Today, the tradition of service continues from the Fahey Auction Complex in Glencoe, Minnesota. Jim and Linda Fahey and their staff continue to help businesses and families make changes with their assets throughout the Midwest. Could that father of seven that lived in such a big world ever imagine the impact his talent and commitment to service would have on generations of families? Could Joe and Blanche have believed that from their kitchen table would evolve a company that sells hundreds of acres of land and sells and ships items to all corners of the globe?