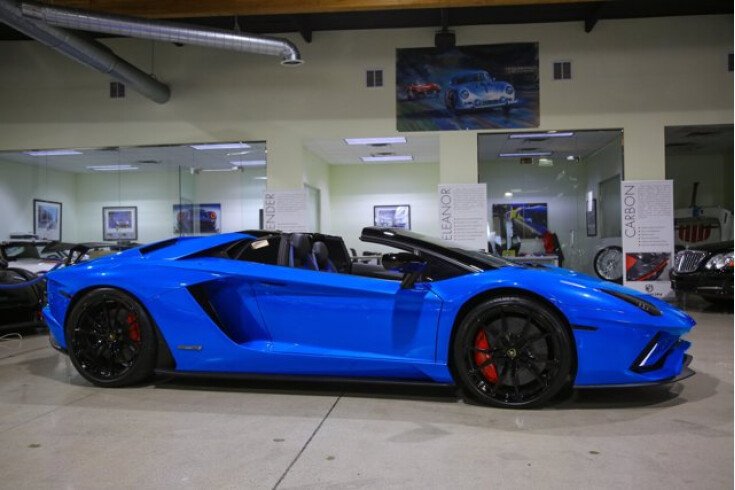 Presented is a gorgeous Aventador S Roadster finished in unique and stunning Blu Nila over Black interior with Blue Trim. With just over 3,500 miles, this Roadster S boasts a Clean 2 Owner Carfax and is wrapped in Clear Bra from front to back. A Novitec Carbon Fiber Rear Wing, Novitec Lowering Springs, and Novitec Spacers have been installed to further extenuate the agressive lines of the Aventador. A custom exhaust has been installed as well making this Raging Bull Thump like no other. All original parts are included and can be re-installed as desired prior to sale. The interior is equally stunning with Black Diamond Stitch Leather contrasted with Blue Piping and Stitching throughout. Serviced in March, this Aventador is ready for its new home!!! Great lease rates and Financing also available on any of our inventory! Buy Sell Trade Consignments Welcome! Please email concierge@fusionluxurymotors.com or call 1-818-773-8181 About the Aventador: In keeping with Lamborghini tradition, the Aventador is named after a fighting bull. Aventador earned the Trofeo de la Pe a La Madro era for its courage in the arena in Zaragoza, Spain, in 1993. Launched in February 2011 at the Geneva Motor Show, five months after its initial unveiling in SantAgata Bolognese, the vehicle, internally codenamed LB834, was designed to replace the then-decade-old Murcilago as the new flagship model. The cars shape borrows heavily from Lamborghinis limited-edition Revent n and their Estoque concept car. Powered by a new 700 690 HP, 509 FT-LBS of Torque 6.5 L 60 V12 engine internally known as the L539, the new engine is Lamborghinis fifth in-house engine and second V12 design. It is the first all-new V12 since the 3.5 litre powerplant found in the 350GT. 0-60 Time is 2.9 Seconds and although the factory claims a top speed of 217 MPH, the Aventador has been tested by Sport Auto Magazine at 230 MPH. The transmission, a single-clutch seven-speed semi-automatic, is built by Graziano Trasmissioni with gear-shifts accomplished in 50 milliseconds. The new, electronically controlled, all-wheel drive system is developed and supplied by the Swedish company Haldex Traction. Automotive magazines such as Car and Driver and Motor Trend reviewed the Aventador. Car and Driver titled their article The best Lamborghini ever. Motor Trend described it as the friendliest V-12 supercar in the world. Praise for Lamborghinis all-new V-12 powerplant centered on the engines responsiveness, torque, and smooth power output and handling capabilities based on their 4th generation technology. On 31 July 2011, the Aventador was reviewed by the motorsport show Top Gear. Host Richard Hammond was impressed with the performance and handling of the car. His biggest complaint was a nostalgic poke at the Aventadors accessible temperament, implying that it left him longing for the danger associated with driving previous Lamborghini supercars. The Aventador posted the fifth fastest time ever recorded on the Top Gear test track with a time of 1:16.5, beating the US$2,000,000 Bugatti Veyron Super Sport, the Ferrari Enzo, the Porsche 911 GT3, and other supercars from around the world. The Aventador won the Supercar of the Year 2011 from Top Gear. The Lamborghini Aventador S was revealed on 19 December 2016 at the SantAgata factory. Official reveal of the car took place at the March 2017 Geneva Motor Show. The Aventador S is an update to the then outgoing Aventador LP700-4 with mechanical and exterior changes. The updated exterior of the car was designed by Lamborghinis head of design Mitja Borkert. The 6.5 liter V12 engine is now rated at 730 HP at 8,400 rpm and 509 lb ft of torque at 5,500 rpm. The car can accelerate from 0 to 60 MPH in 2.9 seconds and has a top speed of 217 mph. The Aventador S received four wheel steering, permanent four-wheel-drive and a slightly updated suspension. The suspension is controlled by the Lamborghini Dinamica Veicolo Attiva (LDVA) control unit. The LDVA has four selectable modes Sport, Strada (Street), Corsa (Track) and Ego (i.e. individual). Carbon ceramic brakes are standard. The nose was redesigned with a bigger front splitter and two new air ducts in the front bumper. At the rear, it has a new black rear diffuser with fins, and three single exit exhaust tips. It has 130 percent more front downforce than the standard Aventador LP700-4. The roadster variant of the new Aventador S followed up in 2017 at the Frankfurt International Motor Show. The roadster is mechanically identical to the coup with the only difference being the engine cover (identical to the standard Aventador roadster), two carbon fiber removable roof panels weighing less than 13 lbs storable in the front compartment of the car and new optional wheels. The roadster is 110 lbs heavier than the coup due to chassis reinforcing components. 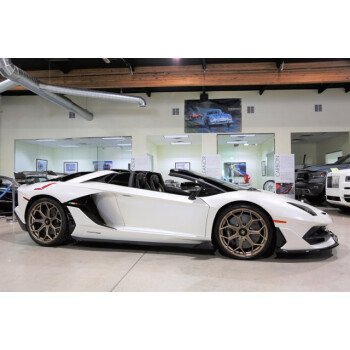 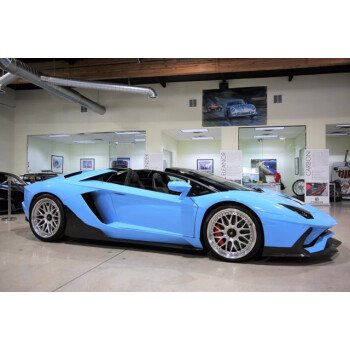 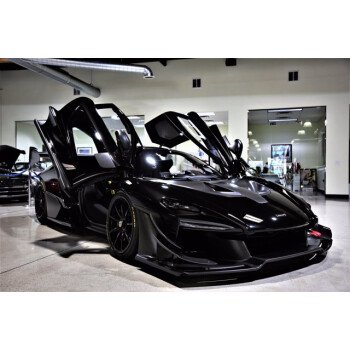