Coupe Car for sale by The Vault MS in Jackson, Mississippi 39213 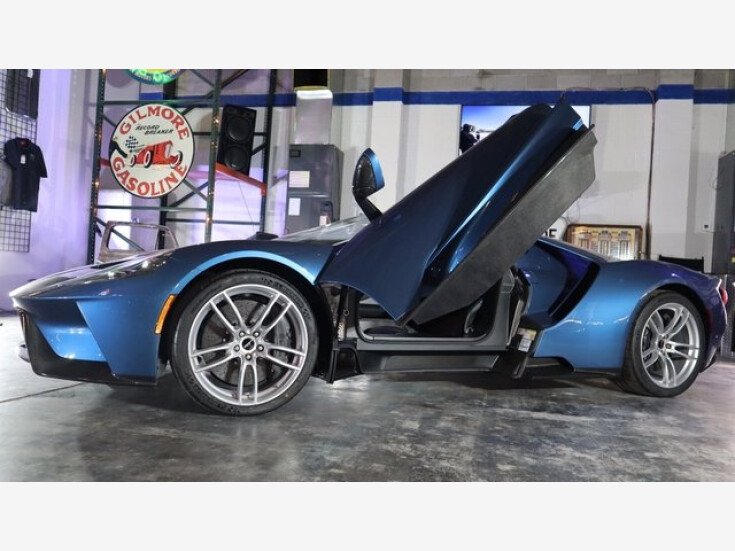 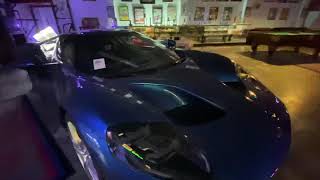 2018 Ford GTONLY 7 MILESThe Ford GT is a mid-engine two-seater sports car manufactured and marketed by American automobile manufacturer Ford for the 2005 model year in conjunction with the companys 2003 centenary. The second generation Ford GT became available for the 2017 model year.The GT recalls Fords historically significant GT40, a consecutive four-time winner of the 24 Hours of Le Mans (1966 1969), including a 1-2-3 finish in 1966. At the 2015 North American International Auto Show and at the unveiling of the 2015 racing video game Forza Motorsport 6, a new, redesigned Ford GT was shown to the public with plans for production in 2016. The car marked 50 years since the GT40 won the 1966 24 Hours of Le Mans and competed successfully in the 2016 24 Hours of Le Mans to better celebrate the anniversary, winning the LMGTE Pro class. The development of the second generation GT at Ford was a very secretive operation according to design director Chris Svensson, a handful of twelve people, including some key engineers.This secrecy was maintained inside Ford and to the press until its 2015 unveiling at the North American Auto Show. The design of the new GT began with its aerodynamics package, which was closely related to the ultimate focus of the design team of creating a successful Le Mans race car. Low downforce and aerodynamic efficiency were of primary importance in the development of the exterior of the car, and this drove designers to pursue a teardrop profile as often seen in LMP1 cars. The powertrain of the new GT, therefore, became a secondary criteria to the external design and aerodynamic performance of the car. Although a V8 and even a V12 engine were both considered, it was ultimately decided to use Fords EcoBoost V6 engine due to the degrees of freedom that the compact engine gave designers. The intent behind the design was for the overall look of the second generation GT to be recognizable as a part of the GT line, which meant, for example, a cut back front nose piece, circular tail lights, and raised twin exhaust pipes. There was no explicit requirement for luxury or practicality in the design of the road car, which is the reason behind the cars negligible cargo space and spartan interior. The interior seating position was fixed to provide additional space for the bodywork and teardrop exterior shape. The car is powered by a 3,496 cc (3.5 L; 213.3 cu in) twin-turbocharged Ford EcoBoost V6 engine rated at 647 hp (482 kW; 656 PS) and 550 lb ft (746 N m) of torque. For the 2020 model year and beyond, this power output rating was increased to 660 hp (492 kW; 669 PS). The engine shares many components with the F-150s 3.5 L V6 engine including the cylinder heads, block and dual fuel system. Notable differences include larger turbochargers, an aluminum intake manifold, a custom dry sump lubrication system, unique camshafts and higher strength rotating and timing drive components. The engine is paired to a Getrag 7DCL750 7-speed dual-clutch transmission. Underpinning the new GT is a carbon fiber monocoque bolted to aluminum front and rear subframes covered in carbon fiber body panels. The windshield of the vehicle is made of Gorilla Glass manufactured by Corning, which is also used for manufacturing smartphone screens. The Gorilla Glass is used to reduce the weight of the vehicle by allowing for a thinner windscreen with the same strength as a normal glass windscreen. The GT employs a four-stage external dry sump oil pump and has an oil capacity of 15.3 US quarts The new GT has a claimed top speed of 216 mph (348 km/h), and has a power to weight ratio of 0.43 hp (0.32 kW) per kilogram. In steady-state cornering on a skidpad, the GT can achieve 1.11 g of lateral acceleration, and the car is capable of braking from 70 mph (113 km/h) to a stop in 145 ft (44 m). Independent acceleration figures are provided below.36 1/4 mile (402 m): 10.8 seconds at 134 mph (216 km/h)0-60 mph (97 km/h): 3.0 seconds0-100 mph (161 km/h): 6.2 seconds0-130 mph (209 km/h): 10.1 seconds0-150 mph (241 km/h): 14.5 seconds0-170 mph (274 km/h): 21.4 secondsAt the Willow Springs International Raceway, Motor Trend test driver Randy Pobst achieved a hot lap time of 1:23.69 in a 2017 GT, which at the time made it the fourth-fastest road car tested between the 2015 Porsche 918 Spyder (1:23.54) and the 2017 Porsche 911 Turbo S (1:24.26). After suffering from mechanical issues during an earlier test by automotive magazine Car and Driver, racing driver Billy Johnson set a lap time around Virginia International Raceway of 2:38.62 in a 2017 GT. This places it third overall in Car and Drivers testing history at the circuit, between the 2019 Chevrolet Corvette ZR1 (2:37.3) and the 2018 Porsche 911 GT2 RS Weissach (2:37.8). 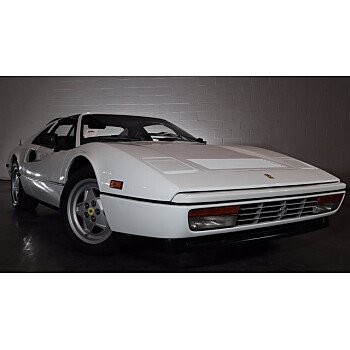