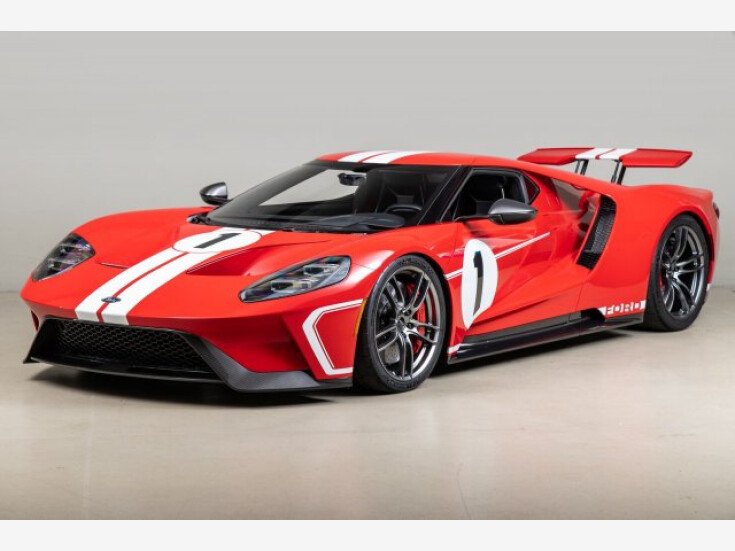 Owned by racing champion Scott Pruett, one of the most successful American drivers of all time 12 miles new condition One of very few special Dan Gurney Heritage Editions produced in 2018, celebrating the 1967 24 Hours of Le Mans outright-winning GT40 Includes all items delivered from new - Ford GT delivery package, original window sticker, color sample combination kit, and promotional material Fast forward to 2015 Detroit Auto Show and the all-new Ford GT is revealed. It was later announced in the summer of 2015 that the Ford GT is set to go racing in both IMSA and the World Sports Car series, spearheaded by the Chip Ganassi Racing team. Much like the fateful race at Le Mans over 50 years ago with Fords triumph, Fords GT under Chip Ganassi Racing would go on to take 1st in class at the 24 Hours of Le Mans in 2016, cementing the modern car in legend as its predecessor had done before it. Scott Pruett is one of the most successful American racing car drivers of all time. Starting his racing career at the age of 8 and remaining active in racing until 2018, Pruetts career spans half a century through the thick and thin of analog and modern racecars. This incredible amount of hard work and talent has earned him wins at the Rolex 24 Hours of Daytona (overall 5 times) and 10 class wins, 12 Hours of Sebring twice, a 24 Hours of Le Mans class victory, and more than a dozen racing championships. Winner of the IMSA GTO championship twice, SCCA Trans-Am championship three times, Grand-Am Rolex Sports Car Championship five times, 6 IndyCar poles and two wins, and 4-time Hall of Fame inductee, his resume is nothing short of excellence. Pruetts relationship with the Ford GT program is an interesting and involved tale, and not just a legendary racing driver wanting to own one of these cars. Scott didnt know it yet, but he was identified as the perfect candidate to help start and consult within the Ford GT program before it even began. Scotts history with Ford started in 1985 with his first Ford racing contract. Personal friends with Edsel B. Ford II, Scott was invited by Edsel to talk about a special project that he couldnt tell him much about now, but wanted him to be a part of the team. This cryptic invitation evolved into Scott being an integral part of the Ford GT program, starting from the ground up with a blank piece of paper. Heavily involved with the dynamics and design with the Ford engineering team and Multimatic Inc., Scott leveraged his decades of experience as a championship-winning racing driver, ultimately making it one of the best-driving supercars available today. Interestingly, it wasnt designed as a road car first. In a rare occurrence in motorsport, Ford designed the Ford GT to be a race car first with the ultimate goal on winning the 24 Hours of Le Mans in 2016. Ford applied for a special request with the FIA to allow them to race the car first, with the intention of producing the road cars after the car had started racing. This unique approach allowed the Ford GT race car to have no compromises, and the road car shares an exceptional amount of DNA with its racing brethren. Fast forward to 2016. Ford wins the 24 Hours of Le Mans, accomplishing the biggest and most prestigious achievement in motorsport, bringing the Ford GT program full circle. After 50 years since Fords first win at Le Mans, a half a century ago, the American manufacturer claims the title yet again. The following year in 2017, the first road Ford GTs began being delivered to customers who were greeted by a car that had real racing DNA in every component. When it was Scotts turn to order his Ford GT, he was chosen to have his car specd in the stunning Heritage Edition package, honoring the 24 Hours of Le Mans-winning Ford GT from 1967. The Heritage Edition package was not an option that anyone could select. You were required to be on Fords VIP list and had to be chosen to specify your car with this special option, making it a very rare specification indeed. Due to his deep connections with Ford, Multimatic, and being an integral part of the development program, Scott was able to get his Ford GT with the serial number J050. Not only does this custom serial number represent Fords anniversary of their first 24 Hours of Le Mans win, but also Scotts 50-year career in racing. He took delivery of his Ford GT in 2018, able to admire his own example of the hard work and dedication that he spent on helping develop this race car for the road. He took his father for a ride in the car, and otherwise kept the Ford GT absolutely pristine new condition. Ford Motor Company, after 50 years, was able to relive and experience winning the 24 Hours of Le Mans again with what was, essentially, a bespoke-built race car. Innovation has always been a strong suit of American manufacturers, and Ford is a prime example of this. Building a brand-new racecar from scratch with a perfectly clean slate, ensuring no compromises would get in the way of allowing the Ford GT to succeed at its ultimate goal: winning the 24 Hours of Le Mans. With Scott Pruett lending his decades of racing experience to the fold, it is unsurprising yet still exciting how much racing DNA was transferred into this road car. Unique from every angle, driving with razor-like precision, all while inside a road car that has direct ties to the 24 Hours of Le Mans and racing. Ford took a leap of faith and produced something unlike any other car on the road, making the Ford GT go down as one of the most unique, interesting, and iconic sports cars ever produced by an American manufacturer. 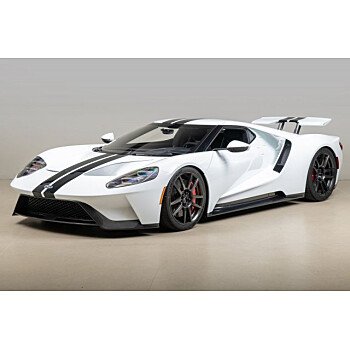 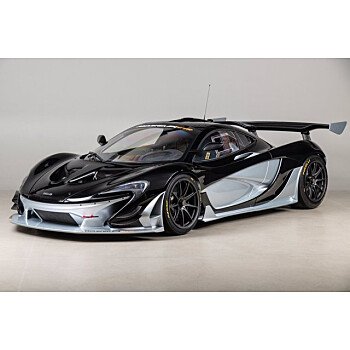 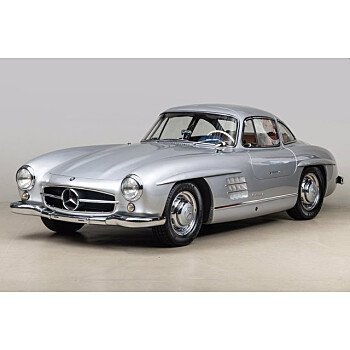