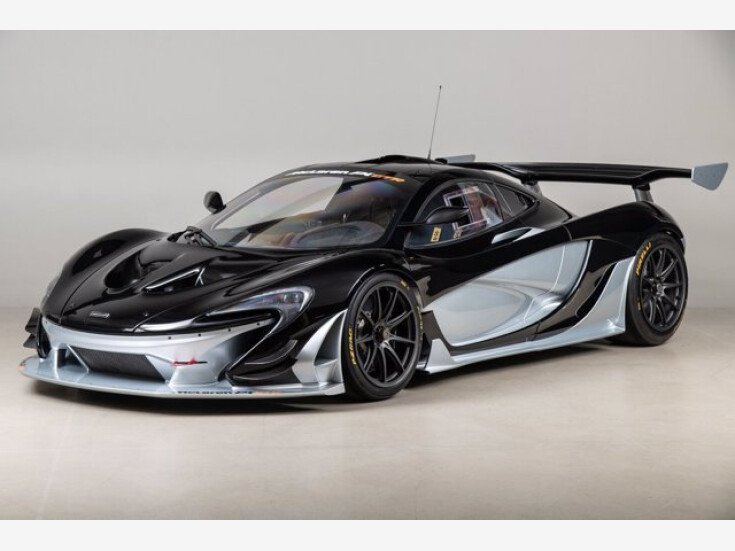 1,045 horsepower w/system boost 3.8-liter twin-turbocharged V8 engine w/hybrid system Only 283 miles since new (456 kilometers) Ordered with McLaren P1 GTR Track Package - $30,000 option Limited edition and track-focused only 58 examples ever produced by McLaren Capable of being made road-legal Integrated Formula 1 technology for faster lap times 7-speed dual clutch transmission The McLaren P1 street car was no slouch and no one said that the car needed more power or performance. But sometimes its that cumulative silence that drives innovation and creates the need to be one step ahead of peoples expectations. McLaren took ahold of those reigns and then some with this: the 2016 McLaren P1 GTR. The most hardcore, race-oriented and limited-edition McLaren P1 ever created. The McLaren P1 GTR was originally released as a special track-only version of McLarens P1 street car, available and offered to only to McLaren P1 owners once the last of the 375 street P1s were completed. However, due to the similarities to the road car, there have been a number of cars made to allow the P1 GTR to become road-legal. The GTR was given revised engine mapping for a power boost, a fixed and larger hydraulically-actuated wing that was capable of immense downforce, special aerodynamic improvements including a larger front splitter and carbon fiber underside which is good for 10% more downforce. Together these touches produce a whole new package, creating this ultimate hardcore P1. A wider track of 3.2 inches vs. the normal P1 ensures space for wider front and rear tires for ample grip. 110 pounds are stripped from the already-lightweight body by removing various components including sound deadening materials and replacing the cars glass with polycarbonate. The results are a staggering set of numbers: A combined output of 986 horsepower, 0-60 miles per hour in just 2.4 seconds and will reach a top speed of 225 miles an hour, all while being able to brake from 60 miles an hour to 0 in 85 feet while cornering at 1.54Gs. With no regulations to limit them, the engineers at McLaren were let loose to turn everything to 11 with every intent of maxing performance out of every possible system. The mid-mounted twin-turbo 3.8-liter V8 engine paired with its high-performance electric motor generate a mind-boggling 986hp. With this performance an F1 ERS-style push-to-pass system has been designed for the GTR, allowing you to have sudden bursts of extra power to get past that nagging driver at your track day. This sudden boost is good for a total of 1,045 horsepower for short bursts. The large fixed wing features a F1-derived Drag Reduction System for straight line speed, and the exterior wing mirrors have been repositioned to the A pillars to move them closer to the eye of the driver and reduce aerodynamic drag. Included inside every GTR is a permanent video recording system, able to monitor the drivers actions while overlaying data upon export to review after their sessions. The GTR benefits from other improvements that were not included on the street car. The entire car has been lowered, but retains its front axle nose lift for loading and going over bumps you might encounter. 19-inch motorsport center locking wheels ensure quick and secure wheel changes with the onboard jacking system, borrowed from McLarens 650S GT3 racer. Below the massive wing sits a bespoke titanium and Inconel alloy exhaust system. Per McLaren, the exhaust maximizes the visceral sound from the 3.8-liter V8 engine while reducing backpressure to increase performance. This McLaren P1 GTR was ordered new for a U.S. owner to join his vehicle collection. Evident by the mileage on the odometer and the cosmetic condition of the entire car, the GTR was hardly used. The owner also specd the car with the factory track package, which includes the equipment required for a track day. Items include twin nitrogen bottles to power the two center-lock air guns, one nitrogen bottle to power the cars in-board lift system, Vlog equipment for video recording from the on-board cameras, a Bowser race fuel system for refueling, a computer tablet used to access the cars computer to view telemetry and codes, spare set of track tires, aluminum solid mounts to elevate the car without relying on nitrogen, torque wrench with a spare socket, and P1 GTR car cover. In as-new condition, this is an opportunity to buy a P1 GTR that is essentially fresh from the factory and ready for its next owner to track and/or convert for road use. Now available for purchase worldwide, the ultimate version of the legendary McLaren P1, the McLaren P1 GTR. 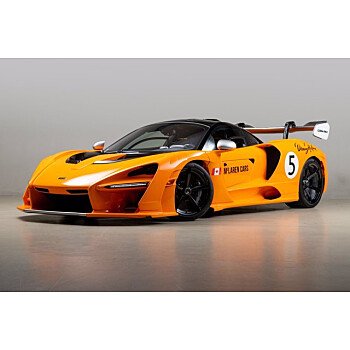