2010 Chevrolet Camaro 2SS Pace Car With a tradition starting back in 1967, the Camaro SS is again the Indianapolis 500 pace car. The car made its auto show debut at the Indianapolis Auto Show starting on Dec. 26. The 2010 Chevy Camaro Indianapolis 500 pace car is a 21st century sports car that looks to the future with a nod to both the cars and the races heritage. The first year for Camaro to pace the Indianapolis 500 was in 1967, the year the Camaro made its debut. Camaro has since paced the race in 1969, 1982, 1993 and 2009. This is one of only approximately 246, (US 196 and 44 Canada), 2010 Camaro 2SS Pace Car Replicas produced to commemorate the 94th anniversary of the Indy 500, and it sports all the fixins that the original pace car came from the factory with. A 6.2 liter V8, EFI, a 6L80 6 speed automatic transmission, and Brembo brakes for the whoa factor. 2,929 actual miles and looking very nice as a 1 owner car, never registered car and to make this skate more special, it was the unit used by Liquid Glass for their commercials and advertising. As if the factory 400hp wasnt enough, a Hennessey Performance supercharger has been added on along with all supporting modifications to up the ante and keep you well out in front of the pack. Exterior The Camaro took on a very menacing look for 2010 with its V shaped front, deep set halo HID headlights, long rear scooped hood, raked windshield and of course the low roof. Our example is bathed in Inferno Orange and has white wide racing stripes running through the center of this car. The decals and window sticker also indicate that it is a pace car replica, and these are attached to the doors. Indianapolis Motor Speedway badges also appear on the fender just below chrome block CAMARO lettering. Save for some tail light bezels, the aforementioned badges and the chrome tipped exhaust the car is devoid of chrome trimmings. Ground effects have been added on this Pace Car package and then wrapped in a carbon fiber applique for a very racy and menacing look. A small spoiler resides atop the trunk lid and 20-inch aluminum alloy wheels are wrapped with the factory installed tires on all 4 corners. Interior Opening the doors, we see Inferno Orange leather seats which are within a black bordering tub. These are high backed buckets and feature some Indy 500 embroidering on the headrests, all within a stitched rounded over rectangle panel. A sea of black carpeting covers the floors and gives some foot comfort to the rear passengers too. A curved dash, which is mostly black, has an Inferno Orange highlighting strip going through the middle taken from the exteriors inspiration. A very clean center console races through the seats and has a series of 4 display gauges in front right next to where it will rise to the dash center. In this section we note an AM/FM/CD stereo system from the factory that is also Bluetooth and XM Satellite capable. The driver has a rally wheel to hold on to and in front is a futuristic styled dash with dual rectangle gauges and a central display between them. Orange stitching is throughout the cabin and emulates the 1969 Camaro pace car which was very popular for its time. Call it retro! A few features of note are a heated leather seats, remote start, StabiliTrak ESP system, and ultrasonic rear park assist, which was designated in the 2SS equipment package. Drivetrain Under the hood things start to get interesting, all buttoned up orange and black clad 6.2 liter V8 but now with the addition of a Magnuson supercharger by Hennessey Performance. This mill specs once speced out at 400hp, but thanks to Hennessey and the supporting mods now makes a tire shredding 562hp according to the under hood plaque. It is fed with EFI and has a 6L80E 6-speed automatic transmission. The rear axle weighs in at 3.27 and has limited slip. Undercarriage All clean and black underneath with not even a hint of road dirt. All solid steel construction along with cast aluminum parts for the suspension to save some weight. Front suspension is MacPherson struts, and the rear is a multilink system. Power disc brakes are on all 4 corners and are Brembo 4 piston caliper brakes. Original exhaust with showroom condition pipes and a Corsa cat-back stainless muffler system are on and seen underneath. Drive-Ability A fast car able to keep pace with pretty much anything you can throw at it. It runs very smoothly, has great acceleration, and fine handling. All functions are working swimmingly and for the sake of preserving the low miles we kept our drive short. A very nicely optioned 2010 Camaro 2SS Pace Car Replica with great paint, nice white racing stripes, and a huge kick in the pants in horsepower. Inferno orange leather interior and very low miles are just a few of the highlights youll be grabbed by in our east hallway where this car resides, but...probably not for long! VIN DECODE 2G1FK1EJ7A9210655 2-Canada G-General Motors 1-Chevrolet FK-Camaro 2SS Automatic 1-Coupe E-Manual Belts, Front, Side, Roof Airbags J-6.2 Liter V8 EFI 7-Check Digit A-2010 9-Oshawa Plant #1, Ontario, Canada Assy Plant 210655-Sequential Unit Number 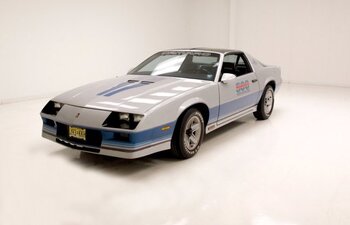 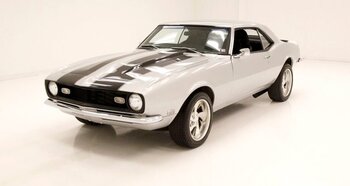 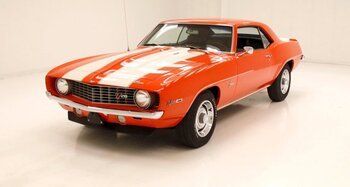 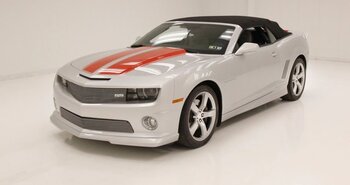