Yenko, Baldwin, Macho, Callaway all legendary motoring names that took Chevrolet Camaros to incredible heights. If youre familiar with those performance titans, then youve likely heard of the mad geniuses at Berger Chevrolet in Grand Rapids, MI and all the high-horsepower masterpieces they created through the years. When the Camaro was reintroduced in 2010, Berger wasted no time in developing a modern muscle car for the new era, ultimately building a limited run of high-end sportscars like this 2010 Chevrolet Camaro Berger SS. Only 20 of these uber-exclusive models were ever made (this is #4), and the 525HP/450LB-FT of torque supercharged monster that they birthed is one of the most memorable late-model American supercars ever created. With less than 20K actual miles on the clock and a top-flight documented pedigree, this special Camaro is as rare as they come. Take a closer look, because the odds of seeing another one of these Berger Camaros are incredibly slim. It isnt subtle, but when you can run blistering quarter mile times at will, well, theres not much reason to keep a low profile. Actually, the Prescriber Power mods are pretty low-key relatively speaking, and if they dont look close, most folks on the street wont see this as the threat it actually is. Of course, the slick appearance begins with a super-clean 2010 Camaro 2SS coupe with the RS package that was covered in miles-deep Imperial Blue Metallic paint and features all the killer exterior goodies that come with the all-new 5th generation Camaro. The Berger package turns those looks up to 11 with a set of custom-painted white Rally stripes on the hood and decklid, a custom-painted grille opening up front, and a 60s-style big block blacked-out tail panel. Add in a cowl hood, an aggressive front fascia with fog lights, a chin spoiler, and lower grille, along with the decklid spoiler and rear diffuser, and the result is simply stunning. The original owner kept the car in the warm, dry South, so it still looks really good, but does show several imperfections mostly on the front and rear bumper covers. But with that being said, its obvious that the car has never been track-raced, or flogged, so the paint still has a factory fresh shine that can be easily seen in our photos. The dark blue paint is better than youd expect for GM, befitting a much more expensive car, and the retro-inspired look is aging well, because this car still gets a lot of looks on the street. Add in those dramatic SS and Berger fender badges, Prism Blue Bowtie emblems fore and aft, oversized chrome exhaust tips, and the hunkered-down stance, and you have one heck of an intimidating Camaro. Inside, its pretty much the same as any other late-model Camaro SS youve seen: deeply sculpted leather buckets, a fat steering wheel, retro-style gauges, and tons of creature comforts. SS badges embroider the headrests, you get a Berger numbered dash plaque (again, this is #4 of 20 total cars, by the way), and SS by Berger embroidered floor mats atop the plush black carpets below. Otherwise, Berger leaves well enough alone inside, allowing the awesome styling of the 2SS Camaro to take over, and it comes fully loaded with practically every option available to GM in 2010. The seating position is pretty good if youre intending to go fast, although you should familiarize yourself with your surroundings, because this car gathers speed so quickly, youll find yourself in another zip code before you can count to 10. Dont say we didnt warn you. And if you just want to cruise, its happy to do that with ice cold A/C, heated power seats up front, a 4-pack auxiliary gauge packaged in the center console, a kickin Boston Acoustics Premium 9-speaker stereo system, an illuminated Driver Information Center, and great road manners thanks to a deep overdrive on the 6-speed automatic gearbox. You even get a decent-sized trunk as part of the deal, complete with cargo net and a Camaro by Berger car cover. Under the hood, there are big, obvious changes from the stock spec 2SS. One, the intake manifold has been replaced by a supercharger. Two, theres a Prescribed Power by Berger engine decal and a couple noteworthy signatures on the shocktowers. And three, horsepower is up to 525. That honkin supercharger, combined with airflow modifications, a reprogrammed ECU and software package, and a stainless-steel chambered cat-back exhaust system all work together seamlessly, and the power delivery is simply incredible. Of course, its all been properly tuned so it starts quickly, idles nicely, and doesnt get fussy during routine driving either, and my goodness does it sound nasty when the taps are wide open. A smooth-shifting 6-speed automatic transmission handles all the supercharged power with ease, and it spins a lively Stabiltrack rear end. The revised suspension is up to the task, with new progressive rate springs, urethane radius rod bushings, and urethane rear subframe bushings working together with giant Brembo 4-wheel disc brakes that stop the car on a dime. 3-piece Forgeline 20-inch wheels with custom machined SS centers are wrapped with 275/40/20 front and 305/35/20 Pirelli performance tires to finish off the look. Rare, pedigreed, and turn-key ready, this Berger Camaro represents a once-in-a-lifetime opportunity to own a piece of motoring history that you can actually have a ton of fun with. Call now! 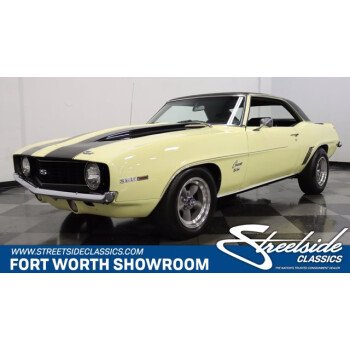 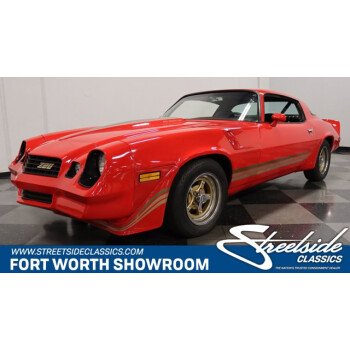