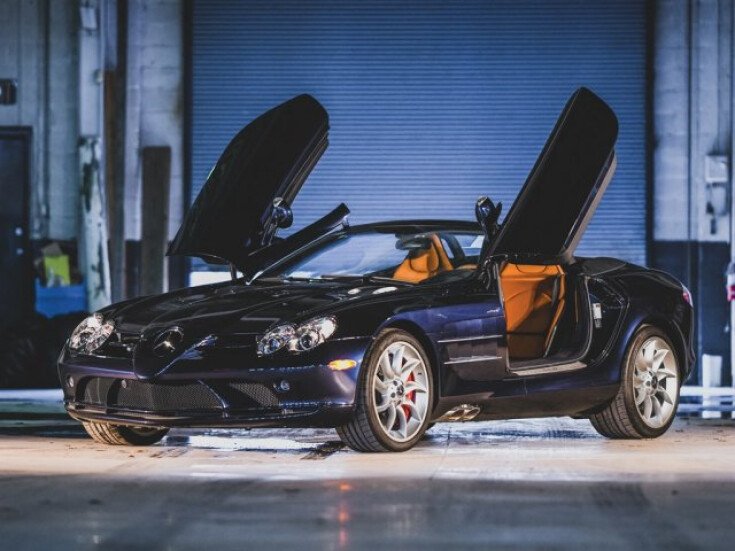 The Mercedes-Benz SLR McLaren was first unveiled as a concept in 1999. The show car, dubbed the Vision SLR, borrowed styling cues from Mercedes iconic race car, the 300 SLR. Based on the automakers all-conquering W196, the 300 SLR proved to be the top of the class when it was campaigned during the 1955 season. Decades later, Mercedes-Benz had honored its racing history by teaming with McLaren Automotive, one of the worlds most successful Formula 1 teams, to bring the modernized SLR to life.

Introduced in 2003, the production model was powered by a supercharged 5.4-liter aluminum V-8 that produced a more than capable 617 hp. The hand-built engine was pushed as far back as possible in the chassis, endowing the SLR with the unusual distinction of having a front mid-mounted power-train layout. Fitted with lightweight carbon-fiber bodywork and massive ceramic brakes, the SLR was and remains a truly exhilarating driving experience.

In 2007 Mercedes-Benz added even more drama to the SLR when they introduced the open-top roadster. While the roof was removed, the swing-wing doors remained, hinged to the A-pillars rather than the roof itself. Not losing an ounce of excitement over the original coupe, Mercedes-Benz engineers focused on the cars structural rigidity, for which they claim that the drop top is just as rigid as its fixed-head brethren. With a top speed of 206 mph, this was one of the fastest and most exciting convertibles money could buy.

The SLR McLaren offered here is a pristine example of the roadster, finished in a wonderful Crystal Digenite Blue Metallic over a Sand leather interior. It shows extremely well throughout, due in part to the care of its first and only owner, Keith Crain, and the fact that this SLR has seen less than 260 actual miles from new!

In recent years the supercar has become near commonplace; however, given this SLRs distinctive styling and technical standard, especially in rare roadster form, this SLR McLaren remains a highly collectable Mercedes-Benz suitable for any sports-car collection.To view this car and others currently consigned to this auction, please visit the RM website at rmsothebys.com/en/auctions/am20. 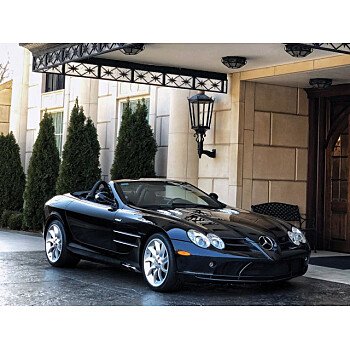 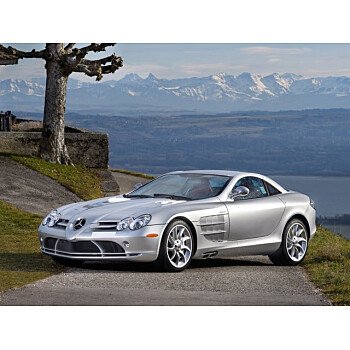