Back in the year 1966, Hertz rental car ran a campaign in which they partnered with Ford Motor Company and Shelby Automobiles to create 500 specially constructed 1966 GT350H (H stands for Hertz) Mustangs. The project was nicknamed the Rent-a-Racer program, and was something of a legend back in the day. Giving race cars to any person who could rent them was not the smartest idea in the book, so as one may think, destruction of many of these cars was imminent. In the year 2006, to pay homage to the 50th anniversary of this ingenious idea, Ford Motors and Hertz again partnered up to create 500 of these GT350H beasts and release them onto the rental car market, this happens to be number 442. The only difference was the reimagined design which was the body of a 2006 mustang, but the paint scheme stayed the same, and the idea was just as ridiculous. This example happens to have never been touched by the hands of any Hertz employees or renters, as it was privately purchased by a Ford Executive, driven for a year, and then garage kept until now - of course keeping with the basic maintenance schedule since its purchase from Ford Motor Company in 2007. That is why this example only has 3,100 miles on the odometer - and happens to have all the original components intact, including the signed Carol Shelby plaque, front and center to the driver. This happened to be the last line of cars personally signed by Mr. Shelby as well. The 4.6 V8 pushes out around 325 horsepower (equipped with a 90mm throttle body and the cold air intake package) through a 5 speed automatic transmission, all winding up at the rear end which is 3.55 gearing. The car can handle whatever performance situation is thrown its way with its 17 inch aluminum wheels, and Shelby tuned suspension. To say this is a powerful and well balanced car is dead right, and may be a bit of an understatement. This is a homage piece to an experimental stage of American automotive manufacturers, and to come across one of these 50th anniversary editions with there only being 500 ever made is something quite extraordinary. Like what you see? Call (833)-856-3797, or hit the inquire button to schedule an in person or virtual appointment with us. 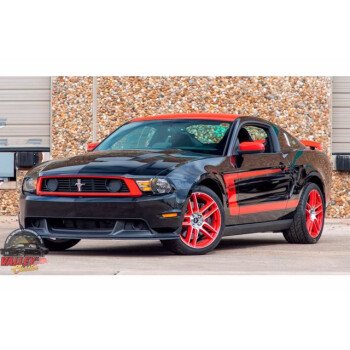 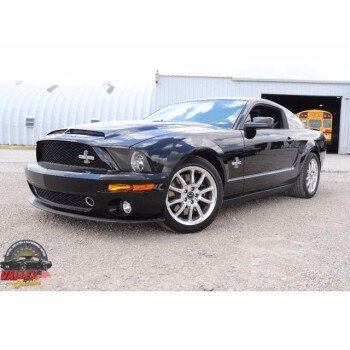 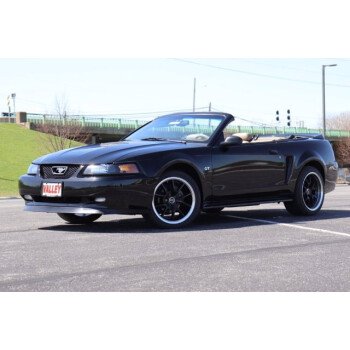