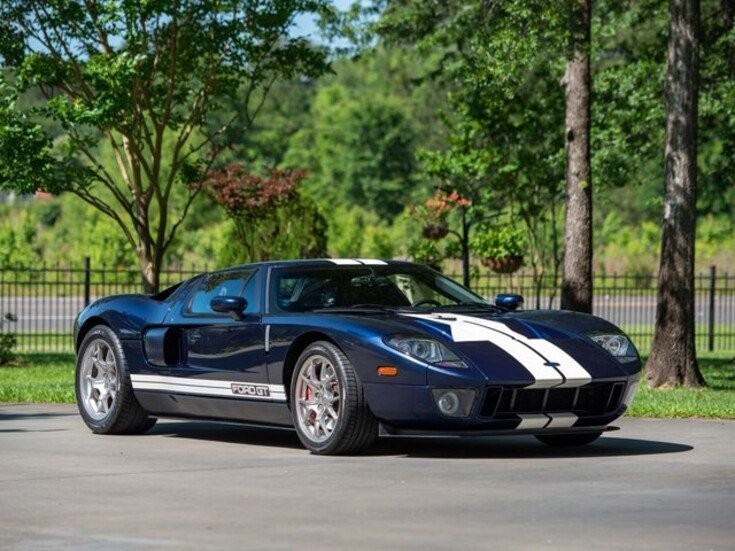 
As part of the Ford Motor Company centennial celebration, Ford debuted the retro-styled GT. A modern homage to Fords racing heritage, the car celebrated the highly successful GT40 program of the 1960s, which won Le Mans an impressive four consecutive times. Exceedingly popular since its debut, the GT went into production for the 2005 and 2006 model years, during which time just 4,033 examples were produced.

In addition to the stunning design, the Ford GT featured impressive performance the likes of which had not been seen from a production car built in Detroit. Powered by a 5.4-liter DOHC V-8 engine featuring a Lysholm twin-screw supercharger, the GT is rated at 550 horsepower and 500 pound-feet of torque. The engine is paired with a Ricardo six-speed manual transmission featuring a helical limited-slip differential. This driveline allows the Ford GT to achieve a 205-mph top speed and 0 60 time of 3.3 seconds. These extraordinary performance figures put the car in competition with other supercars of the time, such as Porsches Carrera GT and the Mercedes-Benz SLR McLaren.

This 2006 Ford GT was sold new through Douglass Ford in Nunda, New York. The car is finished in Midnight Blue with White racing stripes and an Ebony leather interior. It was outfitted with two options: full racing stripes and lightweight forged BBS alloy wheels. While this GT left the factory with the standard radio, it has since had the optional McIntosh radio installed. Passengers, however, retain the storage pocket between the driver and passenger seats, as the optional subwoofer that typically accommodates the McIntosh radio is not installed (nor does one accompany the car). The Ford Racing short-throw shifter was installed in June 2008; the original shifter was retained, and it accompanies the car.

A rather sparingly used example, the odometer displayed 6,636 miles at time of cataloguing, and it is said to have been always stored in a climate-controlled garage. It benefitted from an oil, oil filter, and brake fluid service in March 2022. Included with the car are the owners manuals with pouch, window sticker, Ford GT Certificate, spare key, air compressor, trickle charger, as well as a car cover with bag. A rare car to begin with, Ford produced only 2,011 examples in 2006; of those, only 174 cars were finished in Midnight Blue with full stripes.

Some 17 years after its introduction, the Ford GT remains an exciting, high-performance homage to Fords legendary motorsport history, and a car that many claim to be one of the last great analog supercars. This low-mileage, two-option example, finished in Midnight Blue, is a great example of what the GT set out to be: Fords pace car for an entire company. To view this car and others currently consigned to this auction, please visit the RM website at rmsothebys.com/en/auctions/gp22. 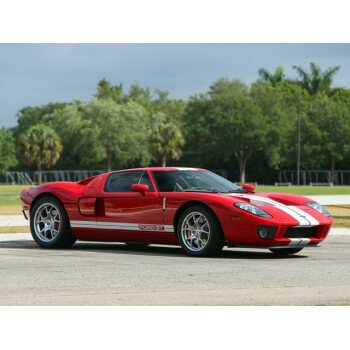 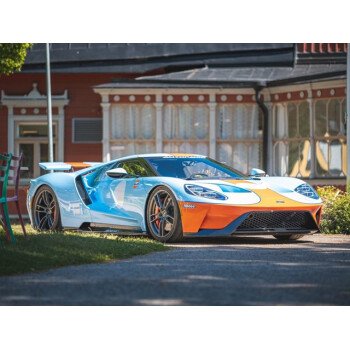 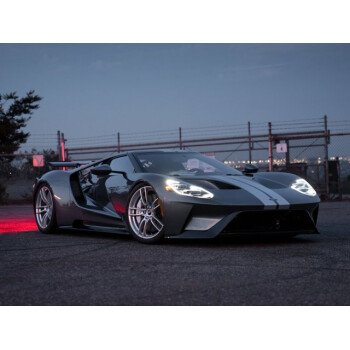 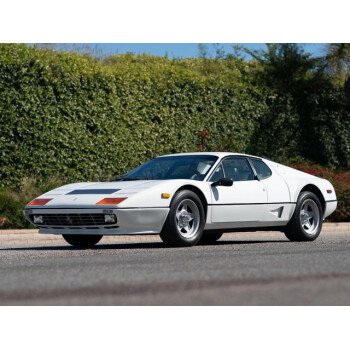