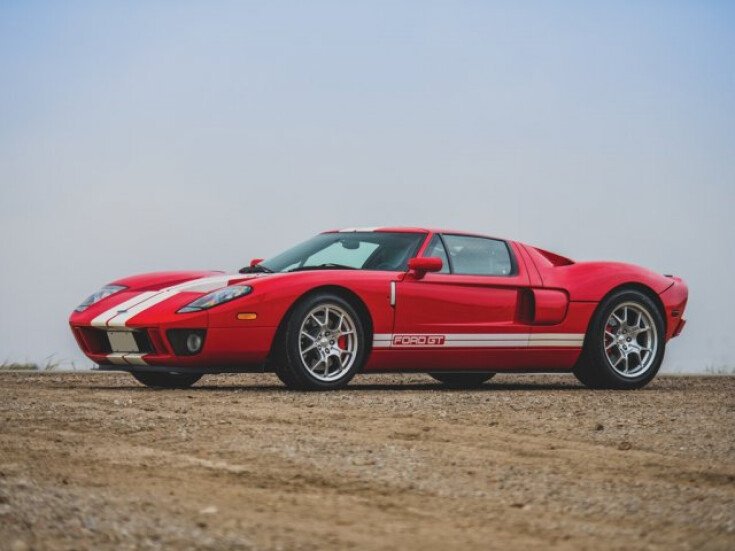 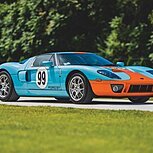 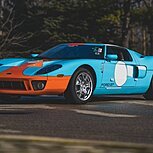 As part of the Ford Motor Company centennial celebration, Ford debuted the retro-styled GT. A modern homage to Fords racing heritage, the car celebrated the highly successful GT40 program of the 1960s, which won Le Mans an impressive four consecutive times. Exceedingly popular since its debut, the GT went into production for the 2005 and 2006 model years, during which time just 4,033 examples were produced.
In addition to the stunning design, the Ford GT featured impressive performance the likes of which hadnt been seen from a production car built in Detroit. Powered by a 5.4-liter DOHC V-8 engine featuring a Lysholm twin-screw supercharger, the GT is rated at 550 hp and 500 foot-pounds of torque. The engine is paired to a Ricardo six-speed manual transmission featuring a helical limited-slip differential. This driveline allows the Ford GT to achieve a 205 mph top speed and 0 60 time of 3.3 seconds. These extraordinary performance figures put the car in competition with other supercars of the time, such as Porsches Carrera GT and the Mercedes-McLaren SLR.
This 2006 Ford GT was purchased new through Jacques Olivier Ford in Saint-Hubert, Quebec, Canada. The car is finished in Mark IV Red with White racing stripes and an Ebony leather interior. A Canadian-delivery example, it is outfitted with all three options available to those customers, which include full racing stripes, painted brake calipers, and forged alloy BBS wheels. While the McIntosh radio upgrade wasnt available for Canadian-delivery cars, the owner chose to have the McIntosh radio setup installed after taking delivery. The odometer displayed 13,761 miles at time of cataloguing. The engine has been upgraded with an Accufab throttle body and an aftermarket exhaust, improving air flow to and from the engine and giving it an excellent sound in the process. The original exhaust is included with the car. The exterior of the car features a clear bra which protects a portion of the front hood that is typically prone to stone chips. Recently serviced by Barrie Ford in November 2019, the work included the replacement of the driver and passenger airbag in response to the model-wide recall by Ford.

Included with the car are the owners manuals, window sticker, and air compressor, as well as a car cover with bag. A rare car to begin with, Ford produced only 2,011 examples in 2006; of those, only 327 cars were finished in Mark IV Red with full stripes.

Commanding a premium since its release, the GT has remained highly sought after on the secondhand market. This car is a fine example, tastefully modified and finished in the striking Mark IV Red; it is a great example of what the GT set out to be, Fords pace car for an entire company. To view this car and others currently consigned to this auction, please visit the RM website at rmsothebys.com/en/auctions/fl20. 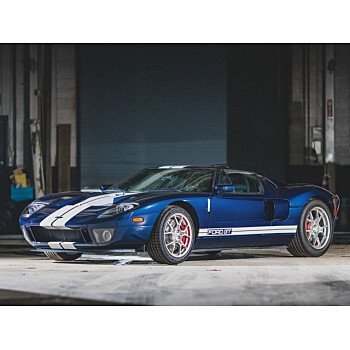 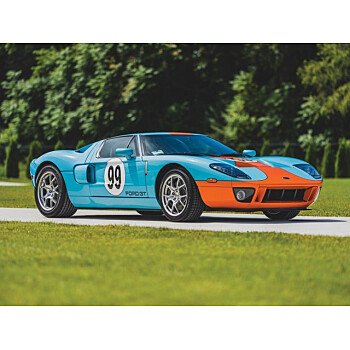 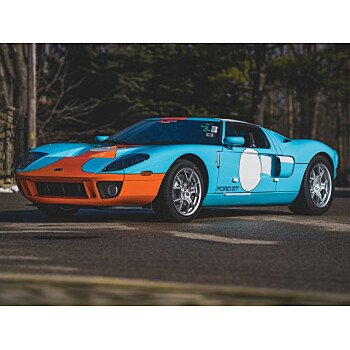