Ferrari revealed the final version of the front-engine 575M in 2005, itself an extension of the 550 Maranello that debuted nine years earlier. Commemorating the manufacturers 50th anniversary of selling cars in the United States, the new model was dubbed simply the Superamerica, evoking the name used on the vintage 340 America and 410 Superamerica models. The most intriguing feature of the new Superamerica was its unique convertible design, which consisted of an unusual rear-hinged glass roof that rotated 180 degrees to an open position, lying flush with the rear deck lid. Patented by Pininfarina designer Leonardo Fioravanti, the so-called Revochromico roof was punctuated with the use of new adjustable-tint technology.

This low-mileage Superamerica, showing less than 8,300 kilometers from new, was originally delivered by renowned UK Ferrari dealer H.R. Owen in London. Two years later the car was imported to the United States, where it was registered by an enthusiast in Connecticut. According to its CARFAX report, the odometer was recorded at 7,807 kilometers in July 2018. Shortly after, the Ferrari traveled to Pennsylvania, where it was to be enjoyed by its next owner.

Equipped with the desirable Fiorano Handling Package, the Superamerica presents in exceptional condition throughout. Scuderia shields along the front fenders accentuate the classic color combination of Rosso Corsa over a Beige leather interior. Entering the car, the driver is greeted with the requisite Daytona-style seats, followed by the optional yellow tachometer, indicating a heart-stopping 10,000 rpm. The consignor notes that the Superamerica has been maintained accordingly throughout its life. Of course, no Ferrari is complete without its accessories, and as such, this example is accompanied by its owners manuals, tools, spare keys, space-saver spare, and car cover with bag. Most important, the Superamerica is certified by Ferrari Classiche, confirming its original production specifications, and is accompanied with the ever-important Red Book.

Like many of the most collectable supercars, the Superamerica is revered for its all-around ability, equally capable of attacking a lap time on a circuit as whisking two occupants plus luggage down the Riviera, either top down or top up.To view this car and others currently consigned to this auction, please visit the RM website at rmsothebys.com/en/auctions/am20. 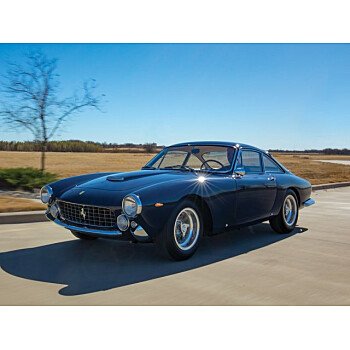