West Coast Classics are proud to present an absolutely exceptional find 2005 Honda S2000 Convertible with 4,683 original miles. This is the highly desirable 2 seater open body-style with its all original and virtually flawless paint and interior with all original service history showing virtually obsessive care and maintenance through the years primarily and including its original owners manuals, window sticker, 2 sets of keys & original purchase agreement at Williams Honda of Hampton, VA in July 2005!Features the following factory options:240HP 2.2L DOHC 16 Valve VTEC 4 cylinder engine6 speed Close Ratio Manual TransmissionPower Assisted Ventilated Front & Solid Rear Disc BrakesLimited Slip Differential4 Wheel Double Wishbone SuspensionVariable Assist Rack & Pinion Power SteeringFront & Rear Stabilizer BarsGas Pressurized Progressive Valve Shock AbsorbersDriver & Passenger Air BagsABSSide Impact Door BeamsRemote Entry SystemTheft Deterrent SystemLeather SeatsAM/FM/CD Audio with 4 speakersAir Conditioning with Air Filtration SystemFront Center ConsolePower Windows & Power Door Locks12 Volt Power OutletAluminum PedalsCruise ControlDigital InstrumentationTachometer17 x 7 Front Alloy Wheels17 x 8.5 Rear Alloy Wheels215/45 R17 Front & 245/40 R17 Rear High Performance TiresXenon HID HeadlightsPower Door MirrorsConvertible Top CoverDual ExhaustsElectric Powered Soft Top with Glass rear window & defrosterSide Marker LightsThe Honda S2000 was manufactured by Honda, from 1999 until 2009. First shown as a concept car called the SSM at the Tokyo Motor Show in 1995, the production version was launched in April 1999 to celebrate the companys 50th anniversary. The S2000 is named for its engine displacement of two liters, carrying on in the tradition of the S500, S600, and S800 roadsters of the 1960s. Officially two variants exist: the initial launch model was given the chassis code AP1; though cosmetically similar, the face lifted version, known as the AP2 in North America and Japan, incorporated significant changes to the drivetrain and suspension. Production of the S2000 ceased on August 19, 2009.The Honda S2000 was notable for its exceptional specific power output of about 124HP per liter, or about 2 HP per cubic inch, the highest of any mass production, naturally aspirated engined car and has since become a legitimate modern classic car, having seen a significant appreciation in price for valued examples such as this example with extraordinarily low miles. In collector circles the most sought-after models are special edition productions such as the CR (Club Racer) in the USA market but the standard AP1 and AP2 models have achieved collectible status as well. The 2004 model S2000 underwent several significant changes. Production moved to Suzuka. The new model introduced 17 wheels and Bridgestone RE-050 tires along with a retuned suspension to reduce oversteer. The subframe also received a revision in design to achieve high rigidity. In the gearbox the brass synchronizers were replaced with carbon fibre. In addition, cosmetic changes were made to the exterior with new front and rear bumpers, revised headlight assemblies, new LED tail-lights, and oval-tipped exhaust pipes. For the North American market, the updates also included the introduction of a larger version of the F20C (with a designation of F22C1); this larger engine gave the new model a chassis designation of AP2. The S2000 has received much praise from critics and motoring journalists and has received numerous favorable reviews from such publications as Car and Driver etc which highlight the high output of the engine, the high redline, the balanced handling, and the smooth gearbox.The S2000 was the Cabrio of the Year at 1999 Geneva International Motor Show where Honda held the roadsters world premiere.The S2000 was on Car and Drivers 10 Best list for 2000, 2001, 2002 and 2004.The S2000 was the highest-ranked model in the J. D. Power and Associates Vehicle Dependability Study Premium Sports Car class for 2004, 2006, and 2008 and consistently held one of the top three positions.The S2000 was ranked number #1 in the BBC Top Gear survey in 2003, 2005, and 2006.The S2000 was ranked as Best Affordable Sports Car by U.S. News & World Report in 2008 and 2000.The S2000 was on Edmunds Consumers Most Wanted Vehicles list for 2004, 2005 and 2007.The S2000 was one of Jalopniks Best 10 Cars Of The Decade.The S2000 was one of Road & Tracks Best All-Around Sports Cars.The design of the S2000 won the Red Dot Design Award in 2001.The F20C engine of the S2000 was ranked as the best engine respective its size category in the competition International Engine of the Year for five consecutive years between 2000 and 2004.The F20C engine of the S2000 was one of Wards 10 Best Engines in 2000 and 2001.This is an absolutely beautiful example, with the car obviously always being garaged with no accidents and no rust and a clean CARFAX report and boasting all its original factory accessories including spare wheel, jack and tools. The car has as new and all original Berlina Black factory paint and the car has its original factory Black leather interior which is also in as new and all original condition throughout. The 2.2L DOHC 16 valve 240HP engine is extremely strong and powerful with only 4,683 original miles and the transmission shifts smoothly through all the gears, a simply lovely car to drive and still driving as the day it left the showroom floor when new.This is a rare opportunity to own a very rare and internationally desirable 1985 now legendary and increasingly collectible 2005 Honda S2000 2 seater convertible roadster model - owned by obviously only one very mature (driver/owners) since new with only some 4,683 original miles and in this very striking original all Black color combination! 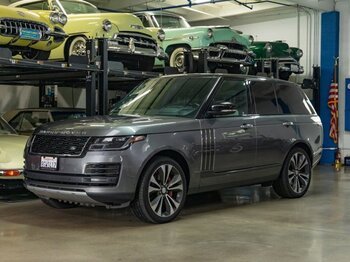 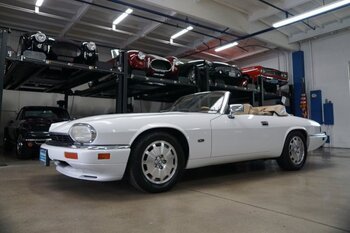 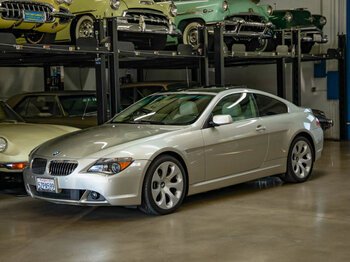 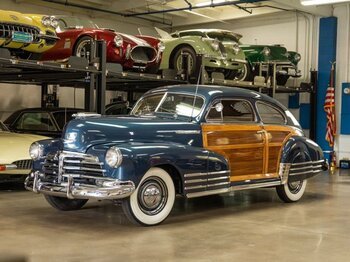