Gateway Classic Cars is proud to present this 2004 Ford Thunderbird. In 1955 the Thunderbird was revealed as a personal luxury car and changed over time until production ceased at the end of 1997. In 2002 Ford brought the Thunderbird back as a two seat model that was available until the end of 2005 during its success Ford produced over 4.4 million Thunderbirds. The eleventh generation had the same two-seat coupe/convertible layout as the first generation as well as some of the same characteristics as was on the 55-57 T-Birds. This particular model is hiding a 3.9L V8 FI DOHC 32V engine and a 4 speed automatic transmission under the hood and has a total of 90910 miles driven. This freshly detailed Thunderbird is sporting a beautiful black coat of paint and a black leather interior. The options on 2004 Ford T-Bird include: A/C am/fm radio aluminum wheels anti-lock brakes anti-theft system CD player automatic convertible top cruise control driver airbag passenger airbag leather interior lumbar support power brakes power locks power seats power steering power windows radial tires rear defogger seatbelts tilt wheel and traction control. Come and take home this beauty before its to late. 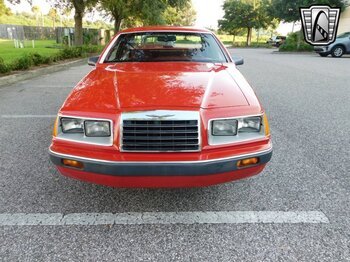 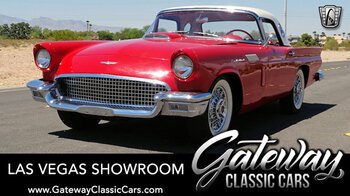 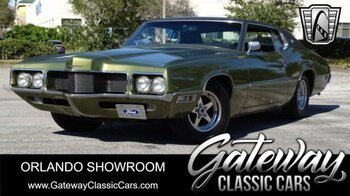 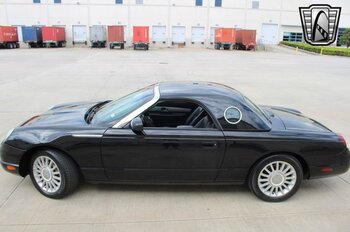