An absolutely pristine 996 Turbo with a 6-Speed Manual transmission and just over 6,900 Miles traveled since new. 996 Variants are starting to appreciate and low mile examples are increasingly rare. Finished in Classic Arctic Silver over Supple Black Interior this 996 is nicely equipped with the following factory options: - Heated Front Seats - $410 - Wheel Caps with Colored Crest - $175 - Lumbar Support, Both Seats - $770 - Remote CD Changer - $715 - Supple Leather Front and Back - $395 - Black Leather Total MSRP $118,780 With a clean Carfax history showing 11 service records, fresh service performed and a set of new tires, this Turbo is ready to please its next owner. Great lease rates and Financing also available on any of our inventory! Buy Sell Trade Consignments Welcome! Please email concierge@fusionluxurymotors.com or call 1-818-773-8181 About the 996: The Porsche 996 is the internal designation for the 911 model manufactured from 1997 to 2006. It was replaced by the 997 in 2004 but the high performance Turbo S, GT2 and GT3 variants remained in production until 2006. The 996 had little in common with its predecessor, with the first all new chassis platform since the original 911 and a new water-cooled engine. Technically, it was a major change, a complete breakthrough from the original car other than the overall layout. Development was shared with its entry-level sibling, the roadster-only Boxster which was introduced around the same time, including the front suspension, various interior components, and the engine, all of which were enlarged for the 996. However, the multi-link rear suspension was derived from the preceding 993. This was done mainly to save development costs as Porsche was facing financial troubles at that time. This move resulted in cost savings of approximately 30% in the development of the car. At its debut, the 996 featured the most significant change from the classic 911 series: a water-cooled engine replacing the previously air-cooled engine. Progressively stringent emissions and noise regulations, environmental concerns, a higher expectation for refinement and the need for a high-performance 4 valve per cylinder engine made the switch necessary. Other major changes include a completely new platform having a sleeker body with a more raked windshield, and a re-designed interior along with new fried egg shaped headlamps (so called due to the amber colored turn signals) instead of previous bug eye headlamps. During the 1990s, Porsche was facing financial troubles and rumors of a proposed takeover were being spread. The signature air-cooled flat-6 of the 911 was reaching the limits of its potential as made evident by the 993. Stricter emissions regulations worldwide further forced Porsche to think of a replacement of the air-cooled unit. In order to improve manufacturing processes, Porsche took the aid of leading Japanese car manufacturer Toyota whose consultants would assist in the overhaul of the Zuffenhausen manufacturing facility introducing mass production techniques which would allow Porsche to carry out production processes more efficiently. Porsche had realized that in order to keep the 911 in production, it would need radical changes. This led to the development of the 996. The sharing of development between the new 911 and the entry level Boxster model allowed Porsche to save development and maintenance costs. The Porsche 996 was a new design developed by Pinky Lai under Porsche design chief Harm Lagaay from 1992 to 1994 it was the first 911 that was completely redesigned, and carried over little from its predecessor as Porsche wanted the design team to design a 911 for the next millennium. Featuring an all new body, interior, and the first water-cooled engine, the 996 replaced the 993 from which only the front suspension, rear multi-link suspension, and a 6-speed manual transmission were retained in revised form. The 996 had a drag coefficient of Cd=0.30 resulting from hours spent in the wind tunnel. The 996 is 7 longer and 2 wider than its predecessor. It is also 45% stiffer courtesy of a chassis formed from high-strength steel. Additionally, it is 110lbs lighter despite having additional radiators and coolant. The 996 Turbo debuted at the Frankfurt Auto show in September 1999 and went on sale in the US in summer of 2000 as a 2001 model. It features an all-wheel drive system and was available with either a 6-speed manual or a 5-speed Tiptronic transmission. It has revised styling and a wider stance than the naturally aspirated 996 Carrera models, along with new bi-xenon headlamps and a fixed rear wing. The Turbo also came with VarioCam Plus and stability management, and on the US models, an electronically adjustable rear spoiler was included which would rise at a speed of 76 mph and lower at 36 mph. The bodywork was also revised to allow airflow to 3 radiators up front and to accommodate 18-inch wheels and tires. 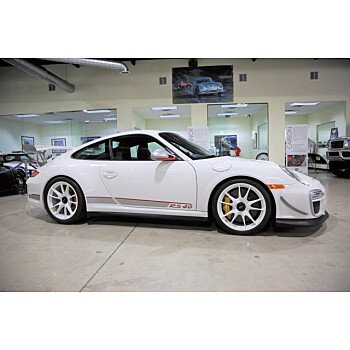