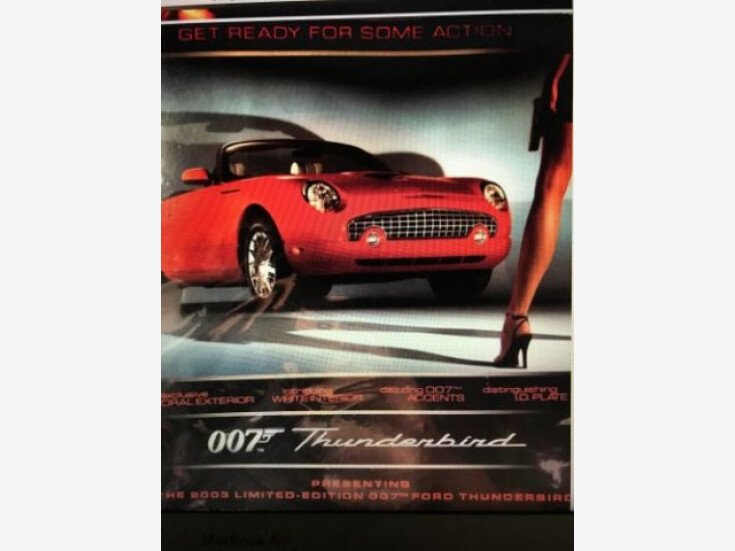 2003 Ford Thunderbird 007 Limited Edition Convertible. Bond cars and Bonds female companions generally create the most anticipation with each film release. A fantastic pairing occurred in 2003 when a 2002 Ford Thunderbird was driven by Halle Berry (Jinx) in the Bond film, Die Another Day. In the spring of 2003, Ford offered 700 examples of the limited edition 007 Ford Thunderbird to commemorate the first featured appearance of a Thunderbird in the then 40-year history of the famous film charter. Purists will point out a brief appearance of CIA operative Felix Leiter at the wheel of a Thunderbird in Kentucky while keeping an eye on Bond in Goldfinger in 1964/65. The Limited Edition 007 Thunderbird features unique Coral paint, 21-spoke chromed wheels, performance white seats and interior accents, with an understated 007 badge placed on the dash. Each vehicle also features a numbered, commemorative plaque mounted on the inside of the glove box. In the case of this fine car; it is number 175 of the 700 built. According to reports, 694 cars were actually sold, and the remaining six were only used for show. The Coral paint, similar to the Sunset Coral hue offered on the 1956 Thunderbird, matches the bikini Berry wears in her introductory scene as Jinx. Outstanding in all regards, this 2003 Ford Thunderbird 007 Edition is in original condition and shows only 3,100 actual miles on its odometer. The 007 Edition T-Bird runs with a 3.9-liter, 280-hp V-8 engine that is paired with a five-speed automatic transmission. The conveniences are abundant and include both its soft-top and removable hardtop, air conditioning, radio with CD player; power top, windows, door locks, steering and four-wheel disc brakes. When introduced, the then-new Ford Thunderbird won critical acclaim for its modern interpretation of the classic original roadster styling and was named Motor Trend magazines Car of the Year. Own your own piece of Bond, James Bond history 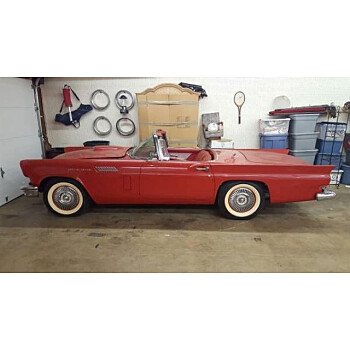 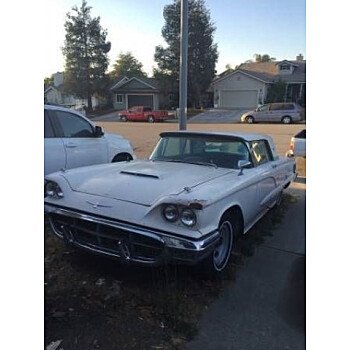 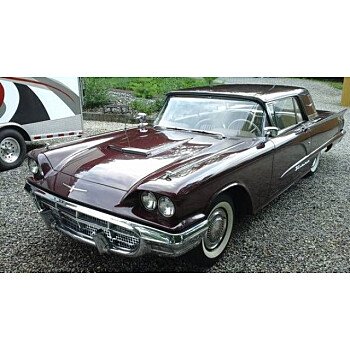 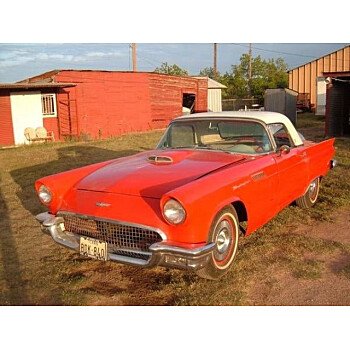