GR Auto Gallery is pleased to present this low-mileage, 2003 Mustang Mach 1 for your consideration. This stunning Stang comes in a brilliant Torch Red paint job complemented by a clean black interior. Powering the Mach 1 is Fords 32 valve, 4.6 V8 motor mated to a Tremec 5-speed manual transmission. This impressive power plant produced a respectable 305 hp from the factory. Additionally, this Mustang comes loaded with all the features a driving enthusiast could want. Some of these features include 13 vented Brembo disc brakes, PBR twin-piston calipers, Cast Aluminum 17 x 8, 5-spoke "Heritage" wheels, and a Solid Rear Axle. Dont hesitate to give us a call with any questions or for more information.

The Ford Mustang Mach 1 is a performance-oriented option package of the Ford Mustang muscle car, initially introduced in August 1968 for the 1969 model year. It was available until 1978, returned briefly in 2003, 2004, and most recently in 2021. As part of a Ford heritage program, the Mach 1 package returned in 2003 as a high-performance version of the New Edge platform. Visual connections to the 1969 model were integrated into the design to pay homage to the original. This generation of the Mach 1 was discontinued after the 2004 model year, with the introduction of the fifth-generation Mustang. Ford first used the name "Mach 1" in its 1969 display of a concept called the "Levacar Mach I" at the Ford Rotunda. This concept vehicle used a cushion of air as propulsion on a circular dais. 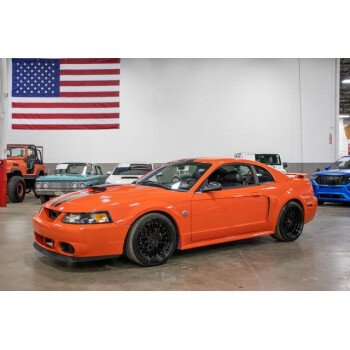 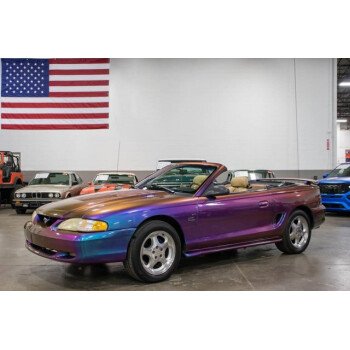 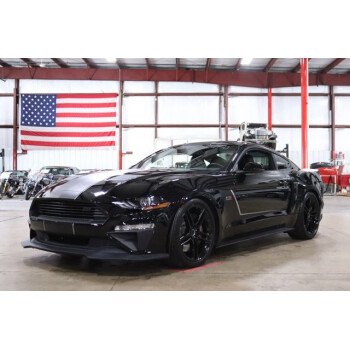 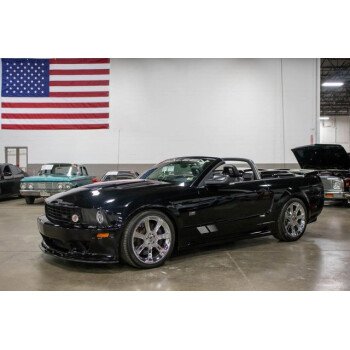