STK 3308 2000 Plymouth Prowler The Prowler was Chryslers retro-styled production car based on the 1993 Concept Car of the same name. It was manufactured and marketed by Chrysler beginning in 1997 until 2002 (total production 11,700). Originally conceived as a coupe by designer Chip Foose, it was modified to be a roadster for production. Featuring predominately aluminum construction, Prowlers were assembled by hand at Chryslers CAAP Detroit facility. The Prowlers front-engine and rear-transaxle configuration facilitated an almost perfect 50-50 front-rear weight distribution. This unique performance car is powered by Chryslers SOHC 3.5L 24-V fuel-injected V6. The all-aluminum engine produces 253bhp at 6400 RPM, more than enough to propel the lightweight roadster. Its semi-automatic 4-speed Autostick transaxle can be driven as an automatic or shifted manually. Our model 2000 garage-kept Plymouth Prowler has been carefully maintained by two-owners and has an odometer that reads just under 6,000 miles. Totally original, this Prowler appears to have been driven only for pleasure. The exterior is beautifully finished in Prowler Black w/Aqua accent stripping that is in showroom condition. A Dark Gray leather interior is also outstanding, as is the manually operated convertible top. The roadster is equipped with every convenience option imaginable including A/C, cruise, power tinted windows/locks and 320 watt AM/FM/Cassette 7-speaker sound system plus 6-disc CD changer. The lightweight aluminum chassis is equipped with 4-wheel power disc brakes and power steering. Factory alloy wheels (17x7.5 f/20x10 r) mount Goodyear Eagle performance radials. This rare Plymouth Prowler is a modern-day Deuce roadster that is comfortable, fun to drive and dependable. ALL VEHICLES SOLD AS IS . 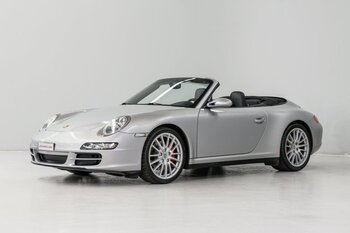 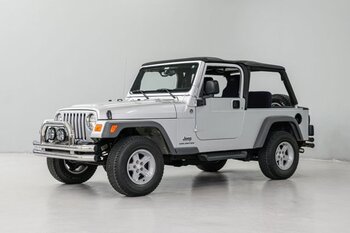 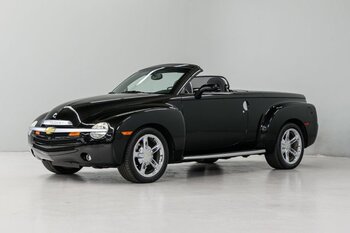 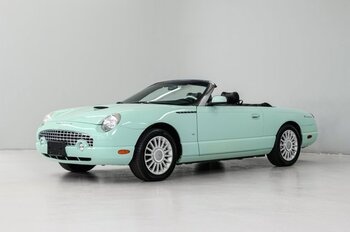