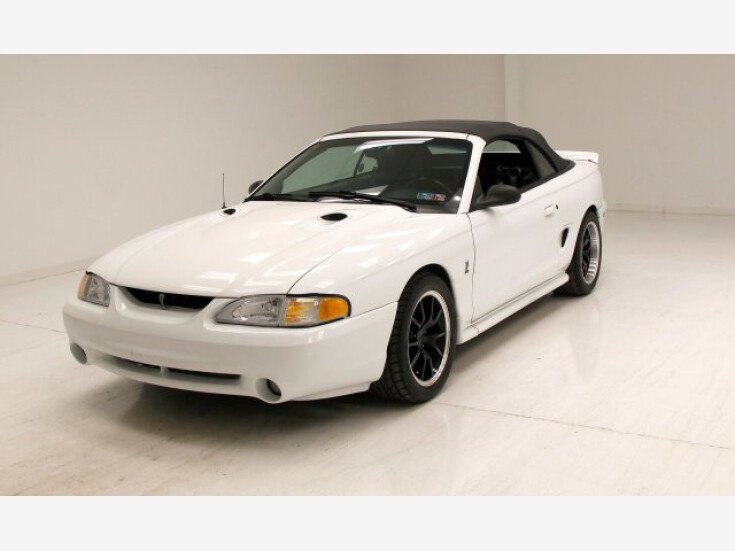 1998 Ford Mustang GT Convertible The fourth generation Ford Mustang was an automobile produced by Ford for the 1994 through 2004 model years. For 1994, the Ford Mustang underwent its first major redesign in fifteen years, being introduced in November 1993 and launching on December 9, 1993. The design, code named SN-95 by Ford, was based on an updated version of the Fox platform, the final Ford vehicle underpinned with this platform. It featured styling by Bud Magaldi that incorporated some stylistic elements from the classic Mustangs. The mid point of this iteration of the venerable Mustang, this one has an engine swap from a 98 Cobra including the computer and instruments. Some new wheels, and H pipe cat delete and replaced with a Flowmaster cat back exhaust. Also, a replaced interior and top both now black. Pony up my friends here we go! Exterior Crystal White covers the body panels hood and trundled. It is in nice condition, with no rust. Body matching bumpers have inset lights and curved openings to allow airflow to the engine. The rockers have flairs and just in front of the rear wheel well is a small air duct now replacing the hockey stick inset of yore. On the rear is an integrated bumper with COBRA badge and the famous three taillights which have remained since the dawn of the Mustang in 1965. A small spoiler swoops mildly upward and below we see chromed tips peeking out from the bottom. A newer black convertible top with a clear glass rear window remains nice and tight above. Black 17-inch FR500 wheels are now on all 4 corners. Interior Utilizing sweeping eyebrow like curves for the dash which plunges with nose like structure into the center console and creates a sweeping look to the interior. Original Cobra gauges steering wheel and shift lever reside here, all very clean and neat. Black leather buckets showing some folds and creases but no cracks or wear off are in front and a snug 2 plus 2 rear bench, also in leather, resides in the rear. Black carpet floods the floors, and a replacement tan panel is within the airbag area on the passenger side. Drivetrain Swapping out the original, this Cobra clone (Fobra) sports a 4.6 Liter DOHC 32 Valve V8 and has 305hp. This mill has EFI, and a 5-speed manual T45 transmission. The Ford 8.8-inch rear with 3.27 gears has a Trac Loc axle. Undercarriage No rust, silvery floorpans, and an H pipe cat delete exhaust is now seen underneath in Flowmaster cat back form. Independent coil springs on front and a 4 link with coil spring rear suspension utilizes Eibach springs that provide a 2-inch drop. Power disc brakes are all around. Drive-Ability Started right up, and we were off. My test driver drove, and we were able to break it loose in second gear, so there is plenty of power. The car rides nicely and handles decently. A few of the interior features were inoperable, but nothing serious. We questioned with no answer about the tan panel on the passengers side. All nicely done this self-described Fobra has been honed from a Mustang. It sports the Cobra engine, and Cobra badging on the front quarter and rear bumper. Black replaces tan on the top and interior, and all remains well with this car. VIN Decode 1FAFP45X7WF163355 1-USA F-Ford Motor Company A-Passenger Car F-Manual Belts, Front Airbags P45-GT Convertible X-4.6L V8 225hp 7-Check Digit W-1998 F-Dearborn, MI Assy Plant 163355-Sequential Unit Number Door Sticker EXT PNT ZR-Crystal White INT TR DS-Tan Leather AXLE LE-8.8 3.27 TracLoc TR 6-Tremec T45 5 Speed Manual 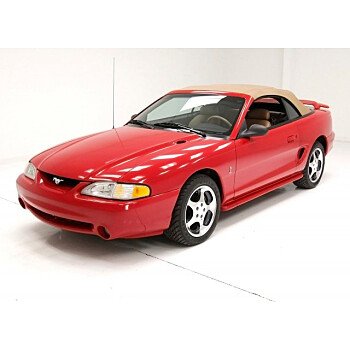 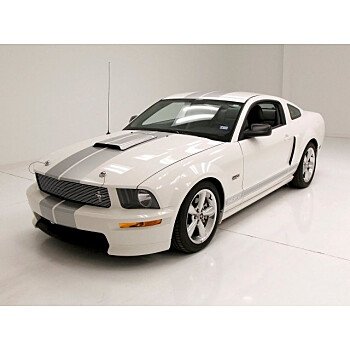 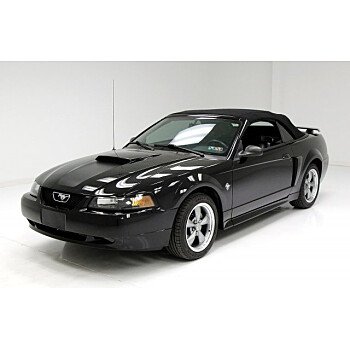 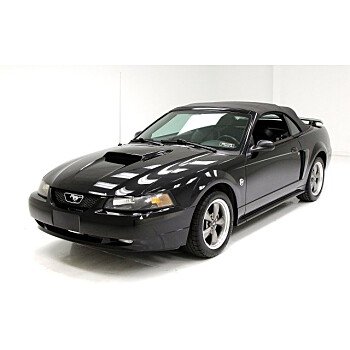