1997 Chevrolet Camaro Z28 Why This Car Is Special 1997 Chevrolet Camaro Z28 we have here at Skyway Classics is one of the special and collectible 30th Anniversary Camaro Editions produced. Like all 30th Anniversary Edition Camaros, it is finished in the distinctive combination of Arctic White with Hugger Orange striping and graphics, a scheme that recalls the Indy 500 Pace Car convertibles of 1969. The Z28 is blazingly quick as it has the Corvette LT1 engine in it, holds the road tenaciously, and gets decent gas mileage when its not being hammered along a twisty two-lane road. Mechanical From a bang-for-the-buck standpoint, the Z28 is unbeatable. A Corvette-derived 5.7-liter V8 gets 285 horsepower to the pavement through the rear wheels and this one has even had the computer redone but other than that it looks as stock as it came from the factory. It is mated to a 4-speed automatic transmission backed by a Torsen limited-slip differential with an aluminum rear cover. Superior handling has always been a trademark of high-performance Camaros, and this 30th Anniversary continues that tradition with new black sidewall tires mounted on the factory white body-colored wheels, with some chrome wheels and a box of some spare parts included in the sale. Further equipped with air conditioning, power steering and brakes, a Delco CD sound system, fog lamps and removable T-top panels, this great 30th Anniversary Edition is quite a car. Interior The interior also came in for special treatment with twin front white leather bucket seats bearing 30th Anniversary embroidery on the front headrests and the rear seat backs, as well as a 30th Anniversary plaque attached to the central stack. The interior of the Camaro is functional, with new seat contours, a revised center console that now includes four cupholders, and a slightly restyled instrument panel. The trunk of our Camaro also holds a respectable amount of gear too. Exterior The Camaro celebrated its 30th birthday in 1997 and Chevrolet released these special-edition Z28s to commemorate the event. Like ours, they were all painted white with Hugger Orange stripes, had daytime running lights, Tri-color taillights, Z28 badges, T-Tops, front and rear spoilers, and Camaro badging and decals. Conclusion The 1997 Chevrolet Camaro Z28 we have here at Skyway Classics is a sharp Camaro that is a rare car priced right, very fast, great at handling, and will attract attention wherever you drive it. Come see it today. Give us a call at 941-254-6608. Disclaimer Information found on the website is presented as given to us by the owner of the car, whether on consignment or from the owner we bought it from. Some Photos, materials for videos, descriptions and other information are provided by the consignor/seller and is deemed reliable, but Skyway Classics does not warranty or guarantee this information. Skyway Classics is not responsible for information that may incorrect or a publishing error. The decision to purchase should be based solely on the buyers personal inspection of the vehicle or by a professional inspection service prior to offer or purchase being made. 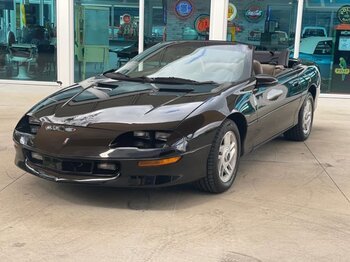 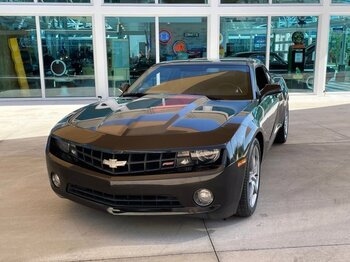 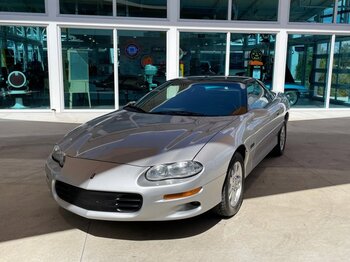 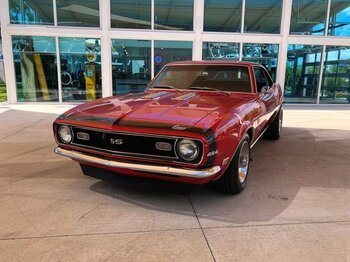