Extremely Rare 1996 Porsche 911 GTR 2 Coupe in Guards Red. This 993 generation GT2 Race Version is reportedly one of 79 made and the only Guards Red GTR 2 Coupe to come to the U.S. Original equipment listed on the Porsche Product Specifications include:

The car underwent a complete nut and bold restoration with chassis work carried out by Gordon Wardle and engine work performed by Bob Holcolmbe. The car has never officially raced; however, Spencer Lane used the car for qualifying in the 1996 Daytona 24 Hours with a result of 37th . Fast Lane Racing held onto the car for approximately 5 years before selling it to a private client in Northern California that used the car for local PCA events. During previous ownership the car had been fitted with an extremely rare M64/84 3.8L EVO engine, serial number 808. The GT2 remained in the Northern California area for several years not being utilized so it was sent to Florida for a comprehensive restoration. Taking nearly a year to complete, every part of the car was touched during the restoration to ensure a final product equivalent to factory original. Since completion of restoration work the car has been driven very little having fewer than 5 hours on the engine, suspension, and drive train.

The car was acquired by Porsche Colorado Springs in late 2018 and although not listed for sale until now the car has made a social media presents having been seen on display in our showroom and used for display at local fundraising charity events. In 2021 David Donohue drove the car at Pikes Peak International Raceway to perform shakedown laps in preparation for listing the 911 to sell. Our own Motorsport Technicians here at Porsche Colorado Springs have serviced and continue to maintain the GT2 so its ready for the next owner.

This is an incredibly unique opportunity to own a part of Porsche Motorsport history, contact Porsche Colorado Springs for more information today! 719-219-1911 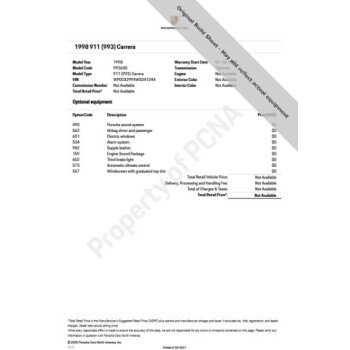 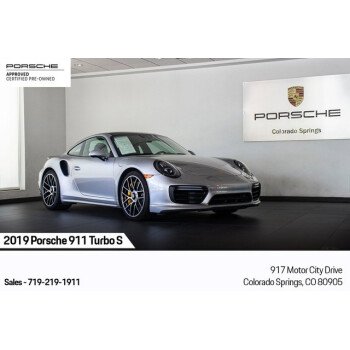 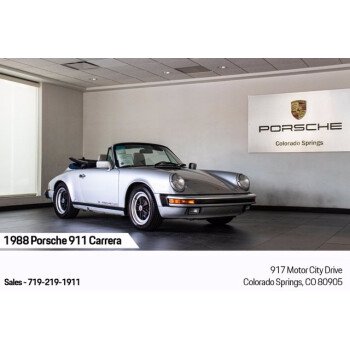 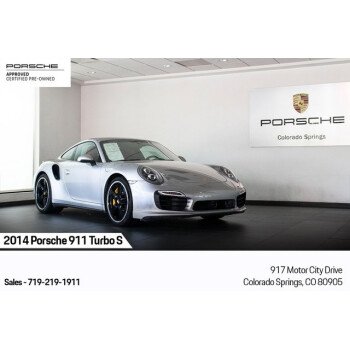