Gateway Classic Cars of Atlanta Georgia is proud to digitally present this 1996 Ford Mustang SVT Cobra. This Mustang Cobra for sale is proudly parading 23102 miles giving this little gem many years of dependability and roads to slither around on. New to the 96 Cobra was the domed hood necessary for the 4.6L engine to clear. Also redesigned were the taillights which now had three horizontal bars resembling the old Pony Car Mustang. COBRA lettering was now placed on the rear valance panel and the spoiler was redesigned. This 1996 Ford Mustang Cobra is painted in Laser Red coupled with a luxurious Saddle leather interior. Powering this Snake is a 90-degree Aluminum 4.6 Liter DOHC 32 Valve V8. The Cobras block was an aluminum cross-bolted block. The heads have split ports and huge valves. The DOHC meant 4 valves per cylinder for better aspiration. This engine produced 305 hp @ 5800 rpm and 300 lb/ft of torque @4800 rpm making the new Cobra capable of 0-60 in 5.50 and a 14.0 second quarter miles. The GT and the Cobra both were equipped with a T-45 transmission. There are only a couple of practical differences between the two transmissions. The first is that the Cobra has a seven-tooth speedometer gear while the GT has an eight tooth. Also the cross member is located farther towards the rear of the car in the Cobra which necessitated moderately different tail housing.Options on this 1996 Ford Mustang SVT Cobra include: Air Conditioning Aluminum Wheels AM/FM Radio Anti-Lock Brakes Anti-Theft System Cruise Control Driver and Passenger Airbag Saddle Leather Interior Power Brakes Power Locks Power Windows Power Steering Power Seats Seat Belts Tilt Steering Wheel and Radial Tires. 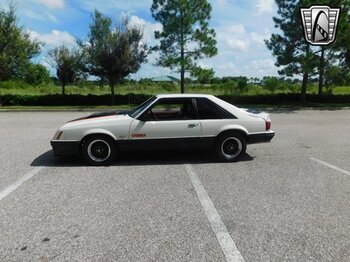 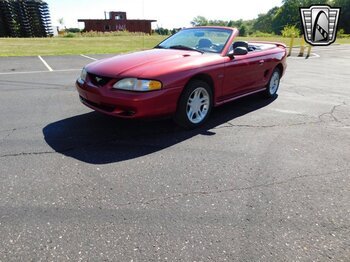 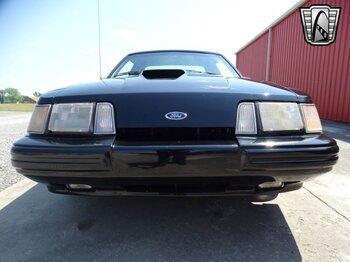 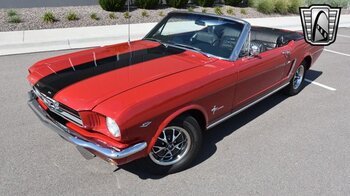