1995 Jaguar XJS Convertible In 1922, a gentleman named William Lyons founded the Swallow Sidecar Company. A few years later, he built his first car, the SS1. Then in 1935, he introduced a breakthrough the SS Jaguar and a star was born. His company quickly became famous with the Jaguar line, which were both visually stunning and technically ground-breaking. The C-type, D-Type and E-type models paved the way for the current models. The rest, as they say, is history. This thin line design cat has a wide stance, quick reflexes, good looks, and is well muscled. A no rust, well maintained, recently serviced on the suspension and braking front example with a very rare triple black color scheme, black and burl interior package, ultra-low 30,130 title verified original miles and upon start-up this second to last year of the XJS series just growls at you. I say old chap, that was a mouthful. Exterior Bathed in black this cars exterior paint presents very nicely with light scratches, a notable ding in the leading edge of the hood, a scuff in the front neoprene bumper, some chip offs and scrapes under the neoprene bumper cover from minor run ins with curb stops. There is no rust present though and gaps are all good. This car is utilizing a chromed topped bumper in the front and dual front headlights flank a thin grille and long hood with silver Leaper badge to follow up behind. Shiny trim surrounds all the windshield and passenger compartment and some extra black and chrome trim wraps around from the bumpers at the belt line. A newer black canvas convertible top, which operates flawlessly tops off this sleek machine. A long low decklid is on and just below are the slightly smoked tail lights and chrome trimmed neoprene bumper. 16-inch aluminum wheels with curb rash and clear coat delamination are on all 4 corners of this night stalker and are wrapped in blackwall rubber. Interior Simply put, nearly mint although not in color, condition...black leather abounds with true actual walnut burl to create a luxurious environment fit for a discriminating driver. Nice comfy, puffy padded seats, with the deluxe interior package on board, show with just the right amount of age wear and just a touch of color wear off on the drivers upper cushion. In the back is a 2 plus 2 rear bench that presents with some tears in the top cushions from the convertible roof making contact when raising and lowering. A beauty of a central console with some of that walnut burl inset around the shifter which also shows cruise controls, window and roof toggles and dual ash receptacles. As the center console rises to the dash, a factory radio is mounted neatly within, along with climate controls, running lights, defogger and exterior lighting. The shiny inset walnut for the gauge cluster is just pristine and shows very clean black faced gauges with white numbers and letters and white pointers. A molded vinyl steering wheel is fronting the dash. Door panels show in black vinyl with more walnut burl trimmings and power seat adjustments, storage pulls and a chromed bezels speaker within a field of black colored carpet. The floors are covered with dark charcoal colored Wilton carpeting that sports Jaguar labeled protective floor mats to keep staining and dirt to a minimum. Drivetrain A pop of the long bonnet and it reveals a very clean and well-kept engine bay. Within its confines is a shiny, no corrosion 4.0 liter inline 6-cylinder engine. It is fed by electronic fuel injection and has a 4-speed automatic, (ZF4HP24E), original overdrive transmission with a rear axle of 3.54 gearing. All capital condition under here mates with a new AC compressor and blower motor. Undercarriage Rust free, and well-kept much like a favorite toy which was played with the neatly tucked away until the next play date arrives. Power disc brakes are on all 4 corners as is independent coil sprung suspension and a 3.54 differential is on back. We note as per our consignor a new ABS block, new front suspension, new shock bushings, and new brake lines have recently been installed. Drive-Ability With my hankering for anything British, I hopped behind the wheel, fired this car up and drove off to the test track. Great acceleration, wonderful handling, straight braking when pressed hard, and a smooth cruiser. A/C blew ice cold, and all power accessories were functional, but I did notice the fuel gauge reads a bit off and the clock runs intermittently. The second to last year of production of the XJS and they really have gotten it all correct. Design, which is sporty, yet luxurious, nice efficient power, and a truly high-end interior with the leather and burl. Low documented miles and the top going up and down does not hurt either. VIN DECODE SAJNX2748SC197900 S-England A-Jaguar J-Passenger Car N-XJS X-USA Spec Front Airbags 2-2 Door Convertible 7-4.0 Inline 6 cylinder 4-Automatic LHD 8-Check Digit S-1995 C-Browns Lane, England Assy Plant 197900-Sequential Unit Number 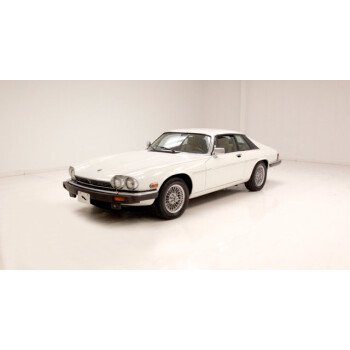 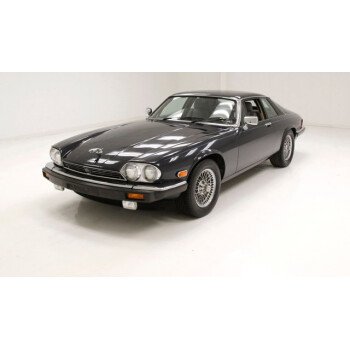 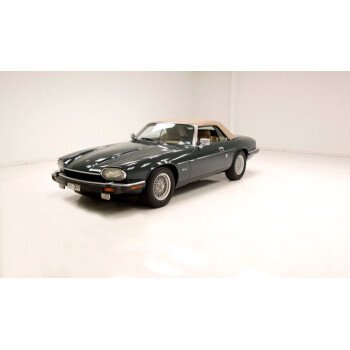 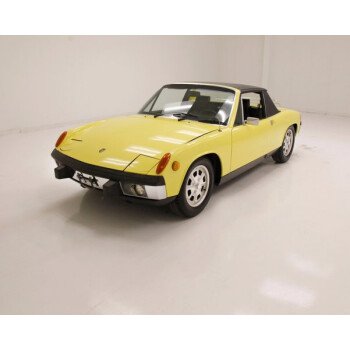