GR Auto Gallery is pleased to present this excellent 1995 Bronco XLT for your consideration. It is powered by its 5.0L V8 engine paired with an automatic transmission. The truck is mechanically sound and runs and handles as it should.

With a two-tone exterior of Black Clearcoat and Light Opal, this iconic SUV has an awesome look. The grey interior remains largely stock with the exception of an aftermarket radio. The power windows, air conditioning, and power locks all function as they should. This Bronco rides on new Pro-Comp wheels with New 35x12.5R15 BFG All Terrain K02 tires. Other highlights include 6 inch Rough Country lift and Warn lock out hubs, Pre-Runner bumper, true dual exhaust with headers and high flow cats, tinted windows and power rear window.

Perhaps no other early 4WD captured the American Spirit as the Ford Bronco. The Ford Bronco was an instant hit when it was introduced in 1966 as a rugged, simple, and economical compact SUV. The Bronco soon had a reputation for having many utility-type uses as well as superior off-road capability. The Ford Bronco remained on top of the food chain when it came to Americas choice in an SUV and 4x4. Their utility and off-road capability transcend all generations of the Bronco as they still appeal to the new generation of 4X4 enthusiasts. Known as the 5th Generation of the Bronco, the full-size 1992 to 1996 models were also the most equipped. The redesign of the Bronco for 1992 would include the addition of a number of safety features, including front crumple zones, three-point seatbelts for the rear seat, and center-mounted rear brake light. In 1994, as with the F-150, the Bronco received a standard driver-side airbag and reinforced internal door beams. 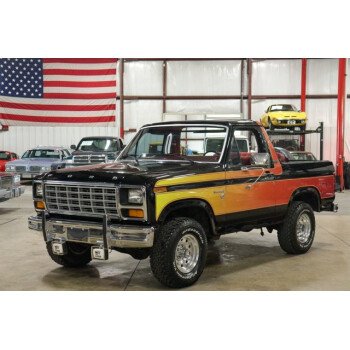 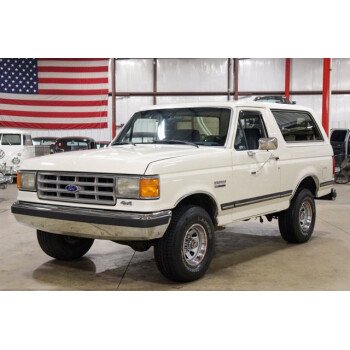