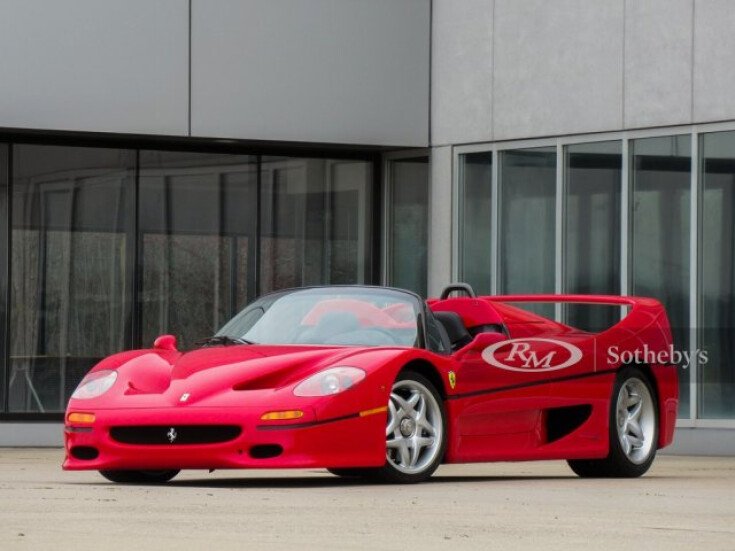 The Ferrari F50 was intended as an early celebration of the marques 50th anniversary. What bowed under the bright lights of the 1996 Geneva Motor Show was the culmination of everything the automaker had learned over its five decades of existence. The F50s 512-horsepower V-12 stretched the limits of natural aspiration as it screamed toward its 8,000 rpm redline. The cars carbon fiber tub kept the weight in check. The F50 split the difference between raw Ferraris of the past and the high-tech future.

The F50 traced its styling roots to the Pininfarina-penned Ferrari Mythos concept presented at the 1989 Tokyo show. To create the production F50, Ferrari and Pininfarina turned to wind tunnels. The Mythos basic shape remained intact, albeit with a curvier design with projector lights housed under headlight covers, deep air intakes in the front hood, a small passenger compartment, and a massive rear wing that likened it to the F40 that preceded it. Enormous center-locking 18-inch magnesium alloy wheels supplied by Speedline took the Campagnolo look from the 1980s into a new decade.

The shapely body was created from carbon fiber and was wrapped over a tub created from the same material. Solid mounts held the race-derived 4.7-liter V-12 into the car. The V-12 itself was closely related to the engine that powered Alain Prosts Ferrari 641 Formula 1 race car to five checkered flags during the 1990 racing season.

The 65-degree V-12 was placed just ahead of the rear axle. A carbon fiber-reinforced polymer intake supplied air, while fuel was held in an aircraft-grade Sekur fuel-tank bag to keep weight to an absolute minimum. A longitudinal six-speed manual transmission shuttled power rearward to a limited-slip differential. Cooling came via an oil-water intercooler sandwiched between the transmissions lubrication system and the engine.

Underneath, the F50 utilized rose-jointed unequal-length wishbones front and rear. Bilstein was tasked with creating electronically adaptive dampers to make what was essentially a Formula 1 car with windshield wipers and a passenger seat. Unassisted power steering ensured that the F50 would live up to its predecessors. After all, the F50 was never designed to scrub mileage as it dashed across the continent. Gigantic Brembo brakes ensured that the F50 would come to a halt quickly after reaching its 202-mph top speed.

Ferrari made no effort to soften the F50 inside, either. Its dashboard was nearly unadorned, consisting of a carbon fiber panel punctuated by three climate vents. Exposed carbon fiber was visible throughout, which, along with the manual window winders, served to remind occupants that the F50 was an exercise in weight reduction. Unladen, the car tipped the scales at just over 3,000 pounds, a remarkable feat given the power underhood, its relatively long 101.6-inch wheelbase, and the fact that the cars structure was stiffened considerably because Ferrari chose to include a removable targa roof over the passenger compartment.

Put to the test, the F50 was four seconds faster around the course at Fiorino than the F40 that preceded it. Even Ferraris then-president, Luca di Montezemolo, gushed with praise. He told Motor Trend in a 1995 review that the F50 would be the first and last Formula 1 car with two seats.

This car, chassis number 103114, was completed by the factory in 1995, just the second F50 ever built. Finished in Rosso Corsa over Nero, with contrasting red cloth seat inserts, upon completion the F50 was imported to Germany where it was exhibited at the Frankfurt Motor Show in September 1995. It was subsequently sold new to Michael Gabel, a noted Ferrari collector from Berlin who exactly one month after acquiring it would enjoy the car on the Mugello circuit. In early 1998 Mr. Gabel sold the car to Carmine Ligato of Bergheim, Germany who would show the Ferrari later in the year at the Auto Becker Concours dElegance in Dsseldorf. In 1999 the F50 was confiscated by German Financial authorities and offered at a public auction. It was purchased there by Eckhard Bluhm, who at the time had one of the foremost Ferrari collections in Germany. Despite Mr. Bluhm rarely showing his cars, his very private collection is known to have included approximately 30 of Maranellos finest including a 250 MM, 330 GTC, 275 GTB/4, 333 SP, as well as the full modern supercar set of 288 GTO, F40, F50, and Enzo. Needless to say, this F50 was in great company under Mr. Bluhms 16-year ownership and is said to have been parked next to his other F50, which he had bought new, while part of his collection.

By 2016 the car was under the ownership of noted collector and famed Ferrari supercar expert Bernhard Dransmann. Mr. Dransmann has owned over two dozen 288 GTOs, F40s and F50s and is known for his keen eye and expertise in acquiring and selling these specific Ferrari models. That Spring Mr. Dransmann sent the car to Maranello Motors in K ln, Germany for a major service, highlighted by a new fuel tank and inner tank protection. The major service was completed at a cost of nearly 30,000. In July 2016, the F50 was granted its Ferrari Classiche certification, confirming that the car remained a numbers matching example. The F50 remained in Germany until March 2017 when it was imported into the United States. JK Technologies of Baltimore, Maryland federalized the car, making all the necessary changes to conform to US-regulations at a cost of over $100,000.

A stunning example, this F50 has covered just 3,371 miles from new. It still exhibits its factory original paint and the composite weave is evident throughout the car, both indicators of a well looked after original example. It is offered with a black soft-top and matching Rosso Corsa hardtop with road case. Additionally, the car is accompanied by its Ferrari Classiche Red Book, owners manuals with original maintenance book, select service invoices, import documentation, tool kit, and its factory supplied photo album documenting its construction. In April 2020, the F50 received an inspection and servicing from the authorized dealer, Ferrari of New England.

The F50, lauded as the last great proper six-speed manual Ferrari supercar, has very few peers, as it combines cutting-edge, Formula 1-inspired innovation and technology with a road car platform. As the final generation of modern-day supercars equipped with manual transmissions begins to gain value in the collector car market, the F50 presents itself as not only an excellent driving limited-production automobile but also a very important model in Ferraris illustrious history.

To view this car and others currently consigned to this auction, please visit the RM website at rmsothebys.com/en/auctions/0120. 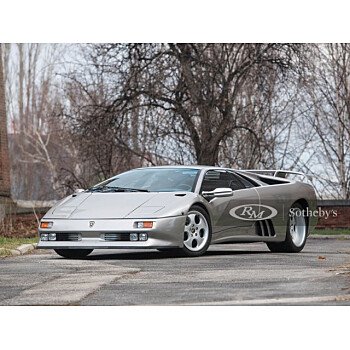 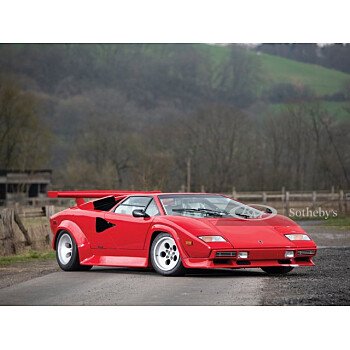 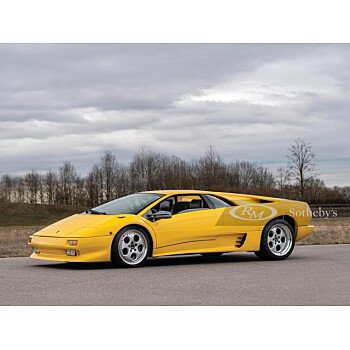 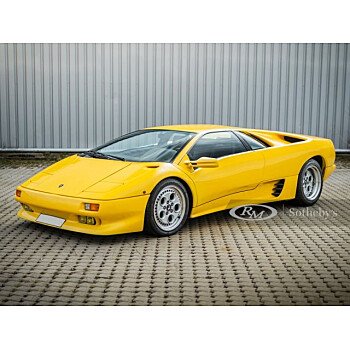