Gateway Classic Cars of Scottsdale is excited to feature this desirable diesel 1987 Land Rover Defender Right Hand Drive 110 300Tdi. Production of this British off-roading classic began in 1983 with two models- the 90 and the 110 with the numbers referencing the approximate wheelbase length in inches. This right-hand-drive Land Rover was imported from its native United Kingdom in 2018 and has undergone several professional repairs since then. Starting with bright Alpine White paint the 100 Defender looks capable with its boxy design and black exterior roll cage. Land Rovers are known for being credible off roaders but also something with some street cred too- 10-spoke Black painted modern Land Rover wheels with Goodyear tires and added fender skirts help this truck with the upmarket crowd. Under the hood is the rebuilt legendary 2.5l 300Tdi turbodiesel engine that offered direct fuel injection and an estimated 111hp and 195 lb/ft of torque from the factory. Accompanying the engine is the R380 5-speed manual transmission and its important to note that a new clutch and transfer case have been installed in 2019. Other recent replacements include the rear main seal rear axels and rear differential. The owner of this Land Rover Defender is representing the powertrain as numbers matching. The interior of this Defender 110 is Black Leather seating for eight in total. Theres an aftermarket steering wheel fitted and a pioneer stereo with additional speakers to improve the entertainment in this rugged off roader. In the trunk area theres lots of room for your outdoors equipment and a kill switch for the battery which might save the day when youre out in the middle of nowhere! The reason for Land Rovers success is obvious: a Land Rover unlike any other vehicle gives its occupants a sense of adventure. You really do feel as though you could go anywhere. 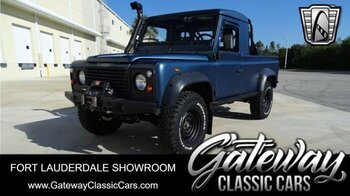 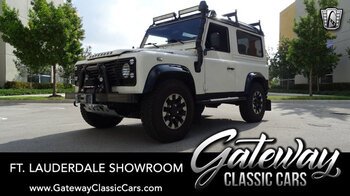 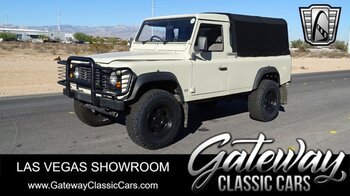 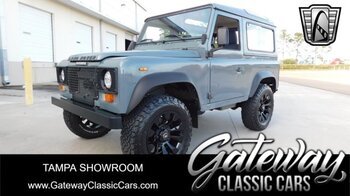