Gateway Classic Cars of Atlanta is proud to represent this low mileage 1991 Mazda Miata! The Mazda MX-5 (sold in Japan as the Eunos Roadster and in North America as the Mazda MX-5 Miata) is the first generation of the Mazda MX-5 manufactured from 1989 to 1997. Inspired by the post-war era British sports cars the MX-5 rejuvenated interest in roadsters. Since its debut the MX-5 has won numerous automotive awards and has become the worlds best selling sports car. In 2018 Mazda began a factory restoration program for Miata MX-5 Roadster owners in Japan. The work is performed at the Hiroshima Factory where all Roadsters are built. The program offers a choice for each car to be fully restored to factory-spec using OEM parts or selected restoration options!This particular 1991 example is finished in Classic Red over Black Vinyl interior. Powered by 1.6L DOHC Inline 4-Cylinder this Miata sends power to the rear wheels through a 5-Speed Manual Transmission and Open Differential. With just over 24000 miles this Miata is well preserved with a clean Carfax that we are happy to share! The Black Soft Top is in fantastic condition BBS replica 15 inch wheels present well with newer tires and the car performs as a tight as it was new! 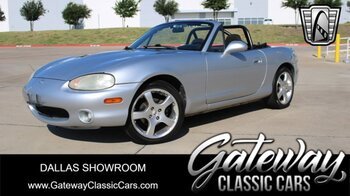 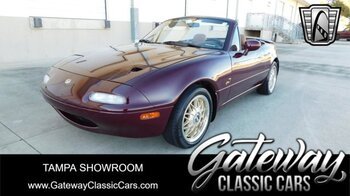 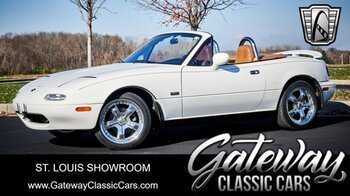 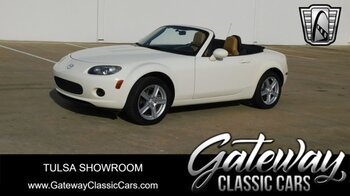