1991 Ford Mustang LX The third generation of Mustangs was first introduced in 1979 and production ran until 1993. It was built on the "Fox" platform thus this generation is commonly referred to as the "Fox Body Mustang." The idea behind the chassis design was Fords desire to introduce a frame that could serve for both as a 4 door family car (the Fairmont) and a 2 door sports car (the Mustang). Followers of these Mustangs like to separate them into two different segments based on the very different look of the early/late models headlights and front ends. 1987 was the start of the second segment where they received a facelift giving them a much more "aero" look. This 91 belongs to that second segment and is a great looking car. It has had quite a bit of improvements and has been very well cared for. The body is in good shape and features a Dark Red primary color with custom secondary Black accents on the hood, spoiler, and lower trim. The tinted glass all looks great with no rock chips or issues. Another upgrade is the one piece headlights and all of the lights work properly. The car now rides on a custom aftermarket set of Blacked out 17 inch OE Racing wheels and Roadhugger tires but it does also come with the original 5 spoke Pony set should you want to swap them out. Under the hood is the small block Ford 3.0L HD motor that runs great. It receives regular maintenance/service with its last oil change being at 55K miles (1,700 miles ago). It looks mostly stock but does have an added BBR Performance brace and aluminum radiator. Paired with the motor is a new automatic transmission that was installed in March of 2022. The suspension and brakes are all the stock setup and all functioning properly. The car really does run and drive out great. The interior of the car has been redone in a two tone silver with dark gray inserts. It has dual bucket seats in front and the rear seat has been deleted. The upholstery is in nice shape throughout and is a testament to how well the car is looked after. Between the seats is a custom center console with cupholders and a phone charger. The car was ordered with the optional air conditioning and power windows which are both working properly. The dash is a similar two tone color combo and has no stress cracks or problems. It looks great with its original gauges, knobs, switches, etc. In place of the stock radio it has been upgraded with a Sony Xplod AM/FM/CD stereo with Aux and USB connections. Pop open the rear hatch and you will find nice Mustang emblem carpeting in addition to all the storage space you could ask for. This is a very nice example of the classic Fox Body Mustang. These are great cars that definitely have a big following. They have been a go-to car for both Mustang enthusiasts and drag racers combined due to the ease of their modifications and availability of parts. This one has a lot going for it and is ready for a new home. It comes with its original set of wheels, rea 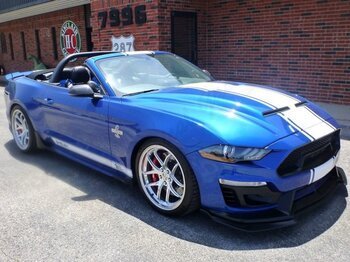 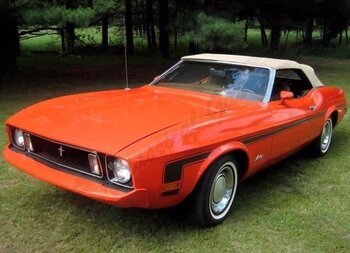 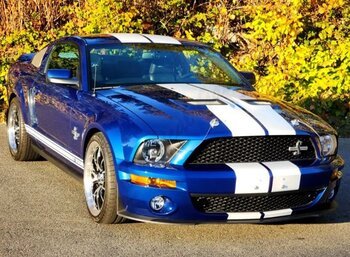 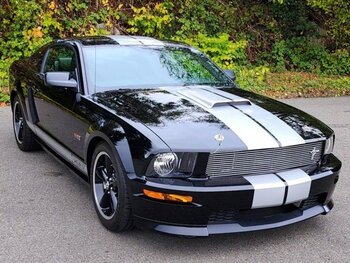