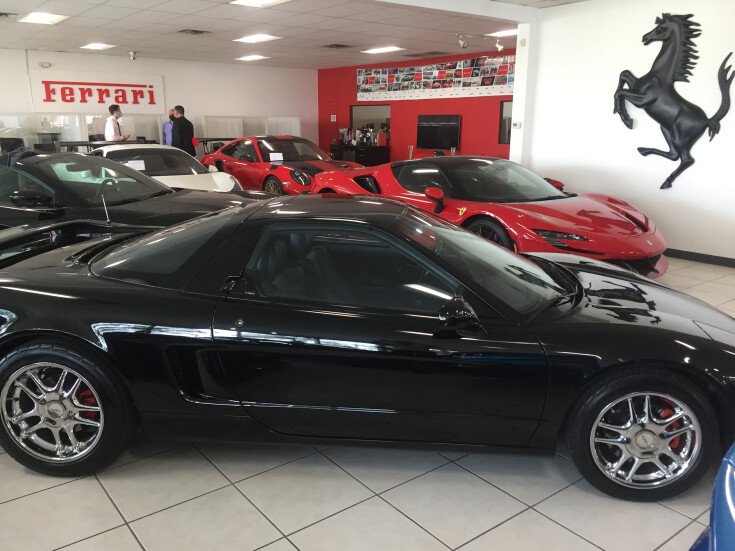 Owner & Car History: 2nd Owner of 24 years since 1997, meticulously maintained with all service records, a perfect everyday exotic driver that turns heads and brings out the video takers, clean Carfax with 44 records. This GORGEOUS 1991 Acura NSX still wears the original Berlina black paint it came with from the factory in Japan, all original with modern enhancements. Majority of the years has been spent in Georgia and Florida. The only reason for selling is to accommodate space for a new arrival, otherwise this car was not for sale.

Radio Unit (For years I substitute with a Bluetooth Speaker)

Touted as the everyday supercar, the NSX is certainly comfortable and intuitive enough for just about anyone to use as a daily driver.

In 1991, supercars were better to look at than drive, and even if you did drive one, there’s a fair chance you may not have made it home. So when Honda pulled its New Sportscar eXperimental (NSX) onto the stage at the Chicago Auto Show, the supercar game was changed forever. Not only did Honda unveil a timeless and exotic shape, it also put the pressure on Ferrari to play catch-up.

Its sweetness is best summed up by sir Gordon Murray. During development of the McLaren F1, Murray was looking for cars to benchmark the suspension and feel with. After driving every supercar available, there wasn’t anything that really struck him, but as soon as he drove the NSX, that changed. The moment I drove the NSX, all the benchmark cars –- Ferrari, Porsche, Lamborghini –- I had been using as references in the development of my car vanished from my mind,” Murray said. He went on to try and give the F1 the same handling and feel characteristics as the NSX, albeit with much more horsepower.