Gateway Classic Cars of Indianapolis is proud to present this 1990 Mazda Miata MX-5 Convertible. The MX-5 was officially introduced in February 1989 at the Chicago Auto Show and the public immediately resonated with the new sports car. The first-generation MX-5 would go on to be the most popular of the four MX-5 generations by a wide margin with over 228961 units sold in the United States between 1989 and 1997. The design of the MX-5 took inspiration from the Lotus Elan and details such as the pop-up headlights. This Miata is a one owner car and has been well taken car of. Under the hood in a 1.6L Inline 4 cylinder backed by a 5-speed manual transmission. The popular red exterior with black interior and top. Options on this 1990 Mazda Miata MX-5 Convertible are: Air Conditioning AM/FM Cassette Player Radio Cruise Control Drivers Airbag Manual Convertible Top Passenger Airbag Performance Tires Power Steering Seat Belts.1990 Mazda Miata MX-5 Convertible is offered by our Indianapolis Showroom and can be seen in greater detail including 100+ HD pictures and an HD video at www.GatewayClassicCars.com. For additional information please call our knowledgeable staff at (317) 688-1100 or email us at Indianapolis@GatewayClassicCars.com 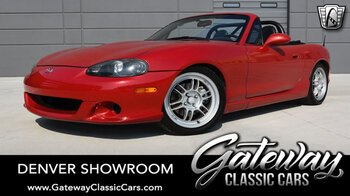 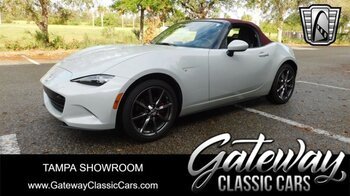 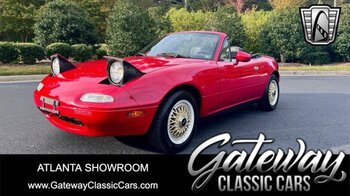 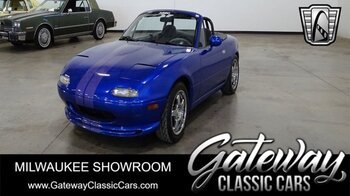