Car for sale by Motorcar Classics in Farmingdale, New York 11735 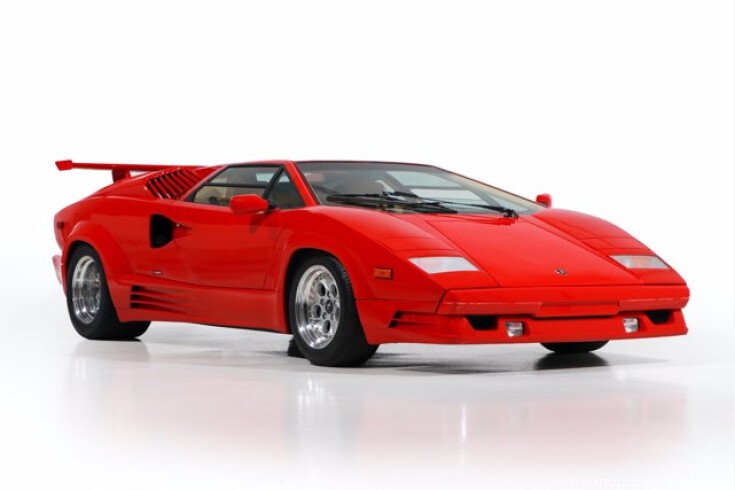 1989 Lamborghini Countach for sale! Motorcar Classics is thrilled to present this stunning 1989 Lamborghini 25th Anniversary Edition Countach featured in red with tan leather interior. For Lamborghinis 25th anniversary, what would be the final and most highly developed edition of the Countach was built in a run of just 657 examples. The car gained new elegance with the addition of a front air dam and completely redesigned engine and cooling intakes that were now integrated into the body lines. New lower body work integrated with the fender flares and blended with a redesigned rear bumper. Repositioning the radiators and using larger fans improved cooling, which was among the most crucial of a wide range of internal improvements. And while the driveline was unchanged, new OZ modular wheels were used and new Pirelli Zero Asymmetrical tires replaced the old P7s. The model is powered by Lamborghinis beautiful 455 HP V-12 with a 5-speed manual gearbox. Ours is a one-owner car from new that has covered only 2,599 miles. It features the optional large rear wing. The car has all-original paint and is in museum condition throughout. Service records are included. 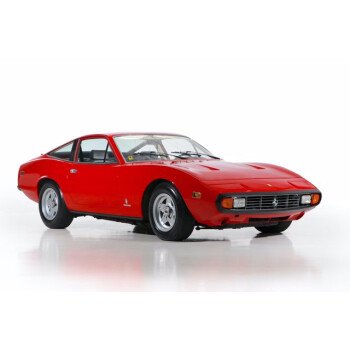