1989 Cadillac Allante Convertible Antique collectible - Supercool History! See descriptions below. Runs and drives Interior and exterior in great condition no rust on body Has hard top and convertible top Has new set of brake lines and a new battery Has small coolant leak and squeaky steering Clean Title, has been in storage and not currently registered Original owner sold it in 2016 and kept meticulous records Description from Haggerty.com: The Allante was Cadillacs answer to luxury convertibles such as the Mercedes-Benz SL and Jaguar XJS. The car was produced in small numbers and was unique in several ways. First, the bodies were designed and manufactured by Pininfarina in Italy, then flown to Detroit for final assembly. Engine power was initially provided by a 4.1-liter aluminum V-8 engine with multi-port fuel injection at 170 hp, mated to a front wheel drive automatic transmission. The mild power ratings set against the Allantes 3,720-pound curb weight, plus the front-wheel-drive configuration and automatic transmission made the car more suited for comfortable highway cruising than for sporty driving. Yet the Allante offered state-of-the-art technology for Cadillac, with four-wheel anti-lock disc brakes, Macpherson strut suspension, a digital dashboard, and a Bose stereo. The Allante was sold with an aluminum hardtop and cloth folding top on all models. For the 1989 model year, Cadillac bumped the engine displacement to 4.5 liters and hp up to 200. This engine gave the Allante bragging rights to the most torque of any front-wheel-drive car in production. In 1990, the Allante became the first front-wheel-drive car to be equipped with standard traction control, along with a host of other technologies just gaining popularity at the time. Among the features that might now appeal to nostalgia buffs, the built-in cellular telephone was a option. Description from Netcarshow.com: The Cadillac Allant was Cadillacs first venture into the ultra-luxury. 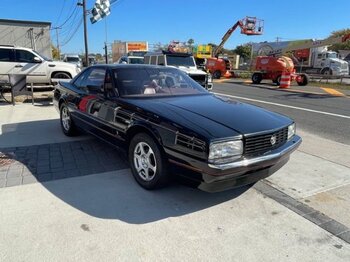 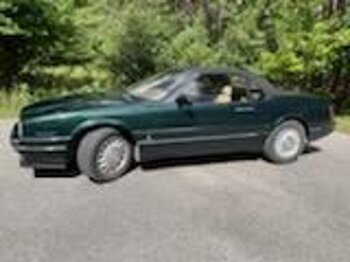 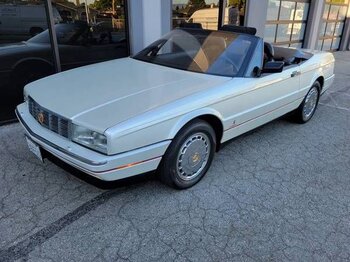 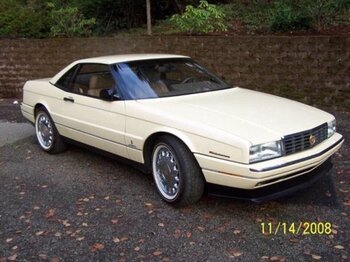