Porsches first and most important Supercar Special order Paint to Sample Garnet Metallic paint 8,152 original miles (13,119 km) Only 292 production models hand built in 1987/1988 Porsche Certificate of Authenticity Finished at the factory on April 13, 1988, this 959 was special ordered with Paint to Sample Garnet Metallic paint. First registered in England on June 1st 1988, its first owner would keep the car until 2003. After being fully serviced at the Porsche Center Reading in England on July 24, 2003, with 3979 km on the odometer it was sold to its second owner. The car remained in England, and when it was inspected in September of 2003 it had only 3,988 km. Over the years the car was cared for in a private collection before being brought to the United States by Canepa. During its time here, this 959 underwent Canepa upgrades: 959S type suspension, new Canepa 18 Magnesium hollow spoke wheels with Michelin PS4 high-performance radial tires, full black leather custom interior upgrade, Porsche Classic Radio, and complete mechanical systems recommissioning. About the 959 The Porsche 959 was by far the most technologically advanced sportscar when it was introduced in 1985. Their timeless design, state-of-the-art systems, and superior driving characteristics make them one of the greatest sports cars of all time. In the early 1980s, to the joy of race fans worldwide, FISA introduced its new Group B road regulations. To qualify for homologation, manufacturers would have to produce and sell 200 road versions of their cars. Only two stepped up to the challenge: Ferrari with its 288 GTO and Porsche with its 959. Porsche developed the ultimate powerplant; a twin-turbocharged 2.8 liter six-cylinder boxer engine with an air-cooled block and water-cooled heads. The motor had originally been developed for the Moby Dick race car and then been redeveloped slightly for the short-lived Porsche Indy Car before being tweaked a last time for use in the 961, the 959s racing counterpart. The water-cooled cylinder heads combined with the air-cooled block, 4-valve heads and sequential turbochargers allowed Porsche to extract 450 hp from the compact, efficient, and rugged power unit. The engine was coupled to a unique 6-speed manual transmission, which was the first 6-speed sold in a streetcar. To create a lightweight shell, Porsche adopted an aluminum and Aramid (Kevlar) composite body over steel shell along with a Nomex floor, instead of the steel normally used on their production cars. The vehicles weight of 3,190 pounds (1,450 kg) helped to achieve its high performance level. Porsche also developed the cars aerodynamics, with zero lift. The 959 also featured the most advanced all-wheel-drive system available in a production car. Capable of dynamically changing the torque distribution between the rear and front wheels, the PSK system gave the 959 the adaptability it needed both as a race car and as a super street car. Under hard acceleration, PSK could send as much as 80% of available power to the rear wheels. It could also vary the power bias depending on road surface and grip changes, helping maintain traction at all times. The magnesium alloy wheels were unique, being hollow inside to form a sealed chamber contiguous with the tire. This concours quality 959 has been completely mechanically recommissioned by Canepa. In addition, Canepa upgrades include our 959S type suspension with titanium springs and current technology shock dampers, new Canepa 18 hollow spoke magnesium alloy TUV tested wheels and Michelin PS4 radial performance radial tires, full black leather interior upgrades, and Porsche new Classic Radio. Performance, incredible handling, and a luxury ride experience make the Porsche 959 the ultimate Supercar. Bruce Canepa 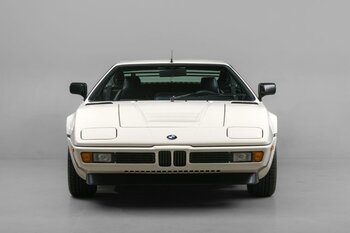 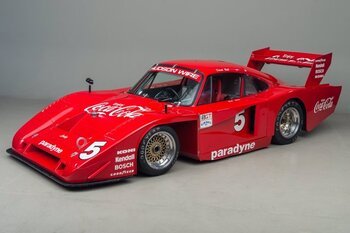 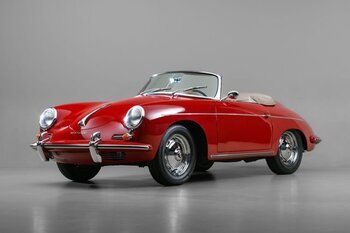 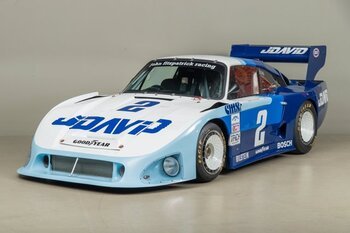