Porsche 911 is easily considered one of the most coveted sports cars of all time. Its lengthy history extends over 50 years of production and to this day, the iconic design lines are still utilized. Throughout the 911’s long life, it has steadily evolved becoming more refined but still maintaining the essence of its roots. The air-cooled era spawned some of Porsche’s greatest creations and some of its most iconic looks.

Introduced in 1984, the Carrera 3.2 was created as a replacement for the 911SC. Though the body mostly stayed the same bar a few tweaks to the front bumper and an eventual option for a 930 style wing, Porsche claimed the engine to be 80% new. Capacity rose to 3164cc by way of larger 95mm barrels and a shorter 74.4mm stroke crankshaft. Pistons with raised crowns increased the compression ratio to 10.3. The main innovation here though was its upgrade to the Bosch Motronic 2 engine management system. This was the first production 911 to feature an ECU to control the ignition and fuel systems. This led the 3.2 liter flat-six to make 228hp and 202 lb-ft of torque, making it the most powerful naturally aspirated 911 ever. Undoubtedly a success, the Carrera 3.2 sold over 70,000 examples.

The 911 Carrera 3.2 on offer here, chassis number WP0AB0910GS120616, with matching engine number 64G01380, per the included Porsche COA, shows just 33,033 miles on the odometer. This example is finished in the iconic Guards Red (027) over black interior. Notable factory options include “Monterey AM/FM Stereo, Automatic heating regulation, Cruise Control, Limited Slip Differential, Power Sunroof, and Front & Rear Spoilers. In referencing the clean Carfax we can determine this car was likely sold new in Houston, TX, where it accumulated a scant 11,500 miles through 1999.

From there it traded owners a few more times before ending up in Michigan with its previous owner in 2015 who drove it sparingly in the summertime and kept it in top order. Today this car presents in pristine condition firing upon command with no hesitation. Though many of these were sold throughout the years, finding one in this condition with these miles will be no easy task. Here is an opportunity to own a time capsule example of one of the most iconic sports cars of all time.

Included in the sale are the owner’s manuals, spare tire, and COA. 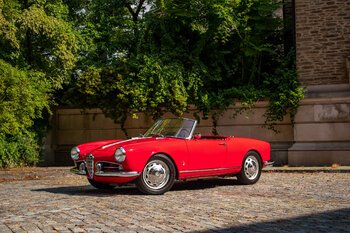 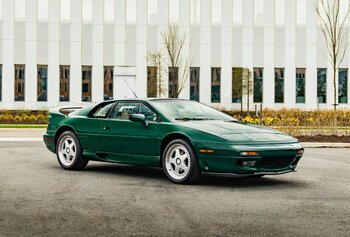 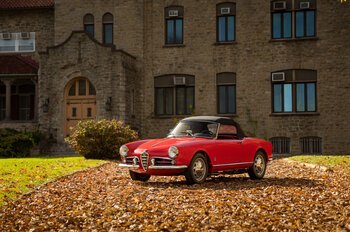 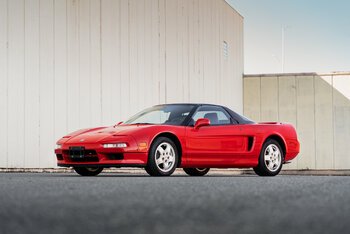