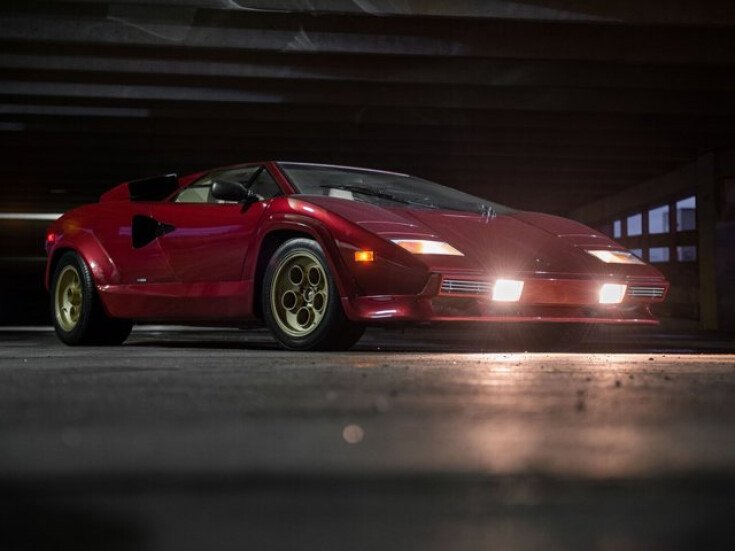 With its futuristic styling and universally recognizable wedge shape, the Lamborghini Countachs outrageous lines belie its standing as a concept that dates back as early as 1970. Designs for the sports car began around halfway through the lifecycle of its predecessor, the timeless Miura, as Ferruccio Lamborghini gave his all to keep up with rival marques particularly those bearing the Prancing Horse badge from archrival Ferrari in neighboring Modena, Italy, which had made great strides with its newly introduced 365 GTB/4. SantAgata Bolognese-based Lamborghini needed a modern take on its flagship platform, and so the Countach was born.

Taking inspiration from the mid-mounted V-12 platform that contributed so much to the success of the earlier Miura, the overarching task set to Lamborghini engineers was to ensure that the Countach maximized every ounce of power while securing aerodynamic gains with the sleekest body possible. Starting life under the code name LP112, Paolo Stanzani, working alongside Massimo Parenti and test driver Bob Wallace, spearheaded the project while the styling brief was handed to Marcello Gandini of the famous Bertone design house. A prototype was shown at the 1971 Geneva International Motor Show before engineers took an extended return to the drawing board. It would be another three years before the first customer cars were produced, with deliveries finally commencing in 1974.

The earliest examples of the Countach were known as the LP400 and featured a mid-rear transversely mounted 3.9-liter V-12 engine rated at 375 horsepower. Four years later, the LP400 S delivered reduced power from the same engine, though clothed in more aggressive bodywork with flared wheel arches housing the widest rear tires ever fitted to a road car. In 1982, Lamborghini introduced the LP5000 S, a huge developmental leap thanks to a new longitudinally mounted 4.8-liter V-12 fed by six Weber carburetors. In March 1985, 14 years after the introduction of the initial Countach, Lamborghini returned to the Geneva International Motor Show to unveil the third iteration, the QV, which stood for quatrovalvole, or four valves per cylinder head. This iteration of the V-12 featured an increase in displacement to 5,167 cubic-centimeters, and the compression ratio was increased to 9.5:1. The updates brought output to a claimed 420 horsepower at 7,000 rpm. Cosmetically, the Countach remained largely unchanged, with the only tweak being to the rocker panels, where vents were added to better cool the rear brakes.
Completed in February 1986 at the SantAgata Bolognese factory, this remarkable Lamborghini Countach LP5000 QV was delivered new to its first owner in Ontario, Canada. Finished in Rosso Speciale over a Champagne leather interior, this stunning and unique combination is complimented by a set of Campagnolo Bravo rims painted in gold. Additionally, a set of OZ five-hole dished rims, likewise finished in gold, and shod in Pirelli rubber accompany the Countach, along with a partial took kit and the cars rear wing. Acquired by the current caretaker in 2008, the car is believed to have had just two owners and has been driven judiciously over the past three and a half decades, evidenced by the odometer showing 33,257 kilometers at the time of cataloging. At some point during the cars life, the exterior was re-sprayed to the lustrous finish it wears today.

In August of 2020, the Countach was sent in for routine maintenance and to address several components in need of repair. At this time, a leaking coolant pump and accompanying seals were replaced and a new parking-brake cable was installed. The Lamborghini additionally received fresh brake fluid, oil, and oil filter. Lastly, the control arms were replaced, and an alignment was performed.

A shocking site to behold upon its unveiling back in the 1970s, the Lamborghini Countach defined the essence of what a supercar was to be for the latter part of the 20th century. Its outrageous wedge shape, sharp lines, and scissor doors solidified a design language the brand still follows to this day. Continual updates throughout the Countachs 16-year production kept it competitive against an ever-increasing field of rivals. With a stunning Rosso Speciale exterior, this example stands out as an attractive and unique example of the LP5000 QV. A must-have for any collector, the Countach will remain a poster car for subsequent generations.
To view this car and others currently consigned to this auction, please visit the RM website at rmsothebys.com/en/auctions/mi22. 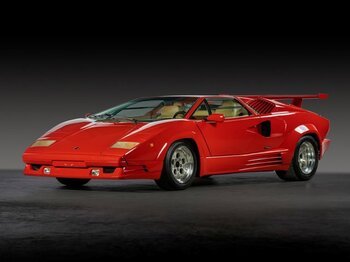 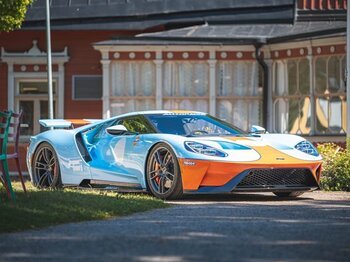 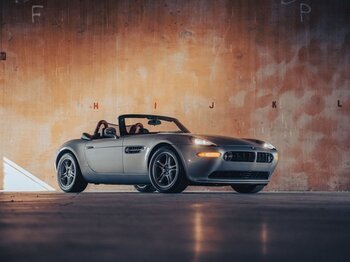 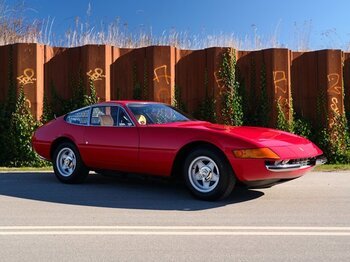