1986 Ford Bronco XLT - Oregon Truck - 95k Miles Shown - Two Tone Brown Exterior - Tan Cloth Interior - 5.0L V8 with 4x4 - Automatic Transmission - New Brakes, New Gas Tank, AC Converted - Clean, Classic Bronco Originally developed as a compact off-road vehicle using its own chassis, the Bronco initially competed against the Jeep CJ-5 and International Harvester Scout. As Fords model line of sport utility vehicles manufactured for five generations and a sixth generation debuting in 2021, the Bronco nameplate is a favorite among car enthusiasts. The third generation Bronco was developed to address many of the problems that the short-lived, second generation big Bronco was known for. It was 28 inches longer, 11 inches wider and 4 inches taller. With competitors like the Chevrolet Blazer and Dodge Ramcharger, that might be designed smaller and weighing less, the Bronco was a resounding hit and outsold both models. The third generation Bronco appeared for the 1980 model year and was sold through 1986. With innovations that boosted fuel economy and ensured a smoother ride, both on-road and off, the third iteration Bronco set out to blaze further into fresh territory. A change from solid front axle to independent front suspension was implemented to improve ride characteristics while not compromising ground clearance in rough terrain. These newer models also offered more luxury amenities with sacrificing overall capability. Amenities included flashy chrome accents, ultra-plush carpeting, color-keyed upholstery and a simulated leather-wrapped steering wheel. In addition, the third generation Bronco included the introduction of the Eddie Bauer package which consisted of hallmark two-tone paint treatment, special velour upholstery, unique tire carrier, argent-painted styled steel wheels and even Eddie Bauer-branded luggage. Highlighted here is a 1986 Ford Bronco XLT that hails from Oregon. Displayed in a two-tone brown exterior with tan cloth interior, this truck is ready for any journey. Under the hood is a 5.0L V8 with automatic transmission and four-wheel drive capability. Noted with 95k miles, this truck has also received new brakes, new gas tank and has been converted to include air conditioning. There are signs of wear on the rear bench seat and a previous owner has installed an aftermarket radio into the dash. Observed as a clean, classic Bronco, this truck should be considered an American icon. With the debut of the sixth generation in 2021, Ford has brought back many feelings of nostalgia. As the hype for the new Bronco increases, it is the perfect time to get your hands on a classic Bronco or add one to your collection. Please call if interested or e-mail with specific questions. Thank you for looking. 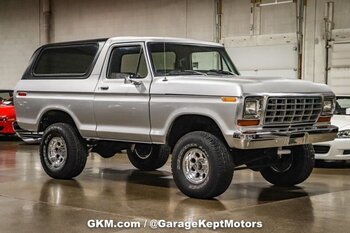 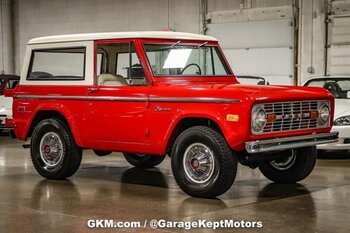 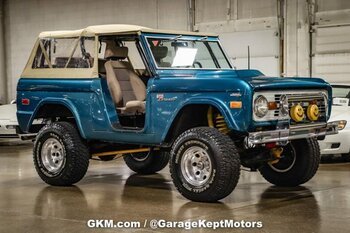 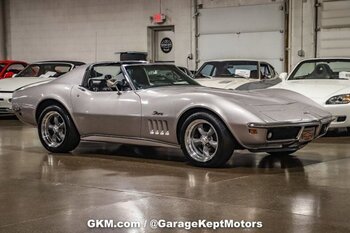