For over Forty years, GM and Chevrolet marketed the C/K line of trucks from 1960 through 2002 and encompassed a large range of vehicles, most of them being pick up trucks along with medium-duty trucks through four successful generations. If I am not mistaken, the third generation alone was built for almost twenty years from 1973 through 1991 and was designated by GM as the Rounded Line which is a stark contradiction to what they actually were, a straight-lined and boxy appearance leading to the nickname from the public, Square Body . This particular custom C10 was done in the early 1990s and I have to say that the body on this truck is SUPER straight and the paint, although purple still shows remarkably well. The tuck and roll interior is something out of the past and was done well. The engine was gone through as well as transmission and torque converter. This truck starts, runs and goes down the road as smooth as it was new. There is no squeaks, creaks, shakes, smoke or leaks. It appears that this truck has had zero rust ever and besides some components on the underside of the truck having some expected corrosion, the frame and underside of the truck is in great shape. These Square Body Trucks have demanded some collectability attention in recent years, so if your goal is to cruise this nostalgia hot truck or if you are looking for a super straight truck to make your own, then this might be the ticket. Please let us know if you have any further questions. 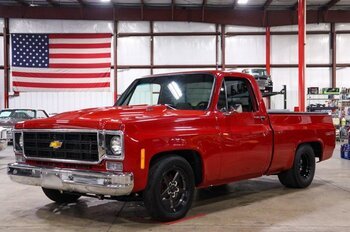 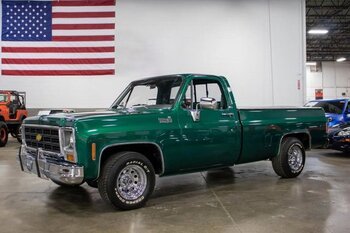 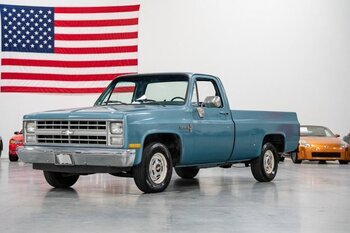