1985 Pontiac Parisienne Brougham The Pontiac Parisienne is a full-size rear-wheel drive vehicle that was sold by Pontiac on the GM B platform in Canada from 1958 to 1986 and in the United States from 1983 to 1986. Right-hand drive models were locally assembled in Australia, New Zealand, and South Africa until 1969. For most of its run, the Canadian Parisienne was nearly mechanically identical to the American Chevrolet Impala or Chevrolet Caprice. The Parisienne wagon continued under the Safari nameplate until 1989. Parisienne or La Parisienne means a grammatically female person or thing from Paris, France. When General Motors revised the G-platform in 1982, Pontiac in the United States renamed LeMans as Bonneville Model G, moving the nameplate down from the full-size to mid-size car. The full-size B-platform car was renamed as Parisienne, making it the first time that Parisienne was sold in the United States. For consignment, a survivor if you will, in 1985 Pontiac Parisienne Brougham getup. This is an all original, fully loaded, 56K mile car and was kept since new in the garage and enjoyed sparingly, all the time with the intention to be used as a collector car. Nicely optioned with many conveniences, all clean original interior and a rust free exterior, this box design from 85 is gracing the halls of the Classic Auto Mall, and when I sped by on the golf cart, I had to take a second glance just to make sure our Hallowed Halls didnt get consumed by a wormhole and drop me back in the 80s. Exterior With large straight steel side slab panels, 4 big doors and a long trunk and hood, gaps are being well minded, and moldings are also well aligned. All bathed in the original Medium Sage Metallic, it has a few areas of dulling but no cracks on the neoprene bumper fillers on the front and rear, but otherwise is looking fine and inline. Square and rectangle design abounds on the rectangular headlights, split grille, turn signals within the clean front bumper, and wrap around side marker lighting. A wide stainless rocker molding runs the length of this car and shows no rust where it meets the paint and leads to the blast from the past, rear fender skirts. 1985 was the first year they were back for the Parisienne, but only on the sedan bodies. Body matching side view mirrors are attached to the front doors on either side, and the long trunk lid as well as the hood show nicely. On the back more rectangular designs within straight panels for the gridded taillights and another pristine bumper below. Even the badge font is squared off. A nicely textured light sage green vinyl top is wrapping the roof and shows with carriage style lighting and Brougham badging in your grandmothers script. Wire wheel covers are on all 4 corners and are wrapped in like new whitewall rubber...classy and sassy. Interior A swing of the doors and we see padded sage green velour uppers and sage green carpet panels below, broken up by the vinyl door pulls with power controls within them. A hint of some wood appliqu finishes off these high end trimmed swingers. Inside more crushed velour in big buckets with extra pillow tops, tuck and rolling, and some velour piping, and plenty of width. A nice padded armrest flops down for extra comfort or can stay up and provide another middle seat. In back is an equally comfortable rear bench, same padding and design as the front, all clean and comfy. Clean sage green carpet floods the floors and in front floating above is the original dash showing. Dressing up the dash is more sage green padded vinyl surrounding a quad of round gauges in front of the driver and in the center the heat/AC slides and factory AM/FM/Cassette stereo all within burl applique. A tight sage green felted headliner hangs proudly above. Drivetrain Within the clean and wonderfully detailed corrosion free engine bay, is perched a 5.0 Liter V8 that is correct for the car. This mill is fed by a 4bbl carburetor, and a 700R4 4-speed automatic transmission on the back. The rear 10-bolt axle has 2.56 gears. All good under the hood. Undercarriage Nice patina on all rust-free surfaces, solid as a rock frame, floor pans and even wheel wells dont have any dirt, just factory undercoating and some surface rust on the untreated components. Front power disc brakes are seen, as well as power drum brakes for the back. This car is equipped with the F41 suspension upgrade and has an independent coil spring front suspension and a 4 link with coil spring rear suspension. Amazingly clean and green environment under here! Drive-Ability Normally I would not pay attention to driving one of these, but this one calls for me, with its amazing condition. I answered and slipped in, fired it up and was duly impressed. Good performance, decent handling, and a smooth ride. Bias free braking, and it all worked together for their low mileage collector grade automobile with all functions working save for the power locks. All along the consigner wanted a collector car, and this was his choice. It would not be most peoples first choice, but in the end not many of these survive in this condition, as most were daily transportation cars used until they dropped. Not this car, it has been babied and well preserved. Come in and see it in person and you too will be impressed. Grab yourself a piece of Pontiac and GMs Canadian heritage right out of our Hallowed Halls! VIN DECODE 1G2BT69H0FX273522 1-USA G-General Motors 2-Pontiac BT-Parisienne Brougham 69-4 Door Sedan H-5.0 Liter 4bbl 165hp 0-Check Digit F-1985 X-Fairfax, VA Assy Plant 273572-Sequential Unit Number 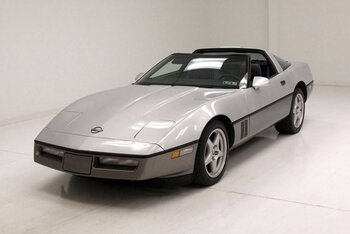 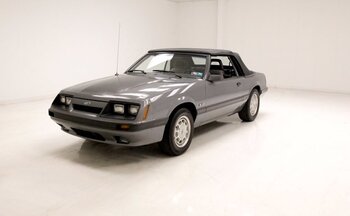 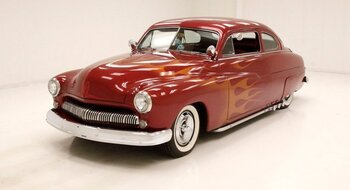 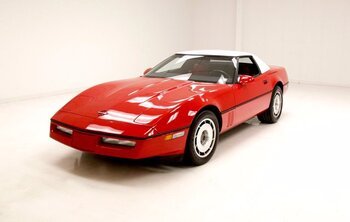