1983 Ford Thunderbird Coupe The name was not among the thousands proposed, including rejected options such as Apache, (the original name of the P-51 Mustang), Falcon, (owned by Chrysler at the time), Eagle, Tropicale, Hawaiian, and Thunderbolt. A Ford stylist who had lived in the southwest submitted the Thunderbird name. The word thunderbird is a reference to a legendary creature for North American indigenous people. It is considered a supernatural bird of power and strength. Thunderbird Country Club in Rancho Mirage, California also lays claim to being the inspiration for the name of the car. Ernest Breech, a Thunderbird Country Club member, who was the chairman of Ford Motor Company was supposedly deeply involved in the creation of the Thunderbird. Breech asked the Clubs permission to name the new model after the club and the club consented to the use of the name. For consignment, we offer this purpose-built car whose design is to go very fast in a straight line. Huge V8 engine, check...minimalistic and functional but clean interior, check...safety equipment added, check...some creature comforts, check...street legal, check. For 1983 there was a complete redesign of the Thunderbird, and it was definitely all for the better, which came as one of the sleekest most aerodynamic packages in its day and a timeless look that still looks fresh here in 2022. Strap in, snug those belts up and lets go for a 1/4 mile ride in this mean, nasty and wicked Fox chassis based Thunderbird. Exterior Looking like it was just freshly dipped in Toreador Red Metallic and this nicely applied exterior paint shows very little wear or faults. The only chrome on this car are the badges, and the window surrounds have been painted body matching red. This nicely executed fox bodied design has dual glass headlights set within the neoprene front bumper, dual body matching sport mirrors, a deletion of the body side moldings, and a pinstripe that works its way around the total circumference of the car at the beltline. Working rearward from the body matching eggcrate grille we see a Harwood snorkel style scoop added to the steel hood and some pinstriping for extra pizazz. Keeping with the racing theme, highly polished 5 spoke wheels adorn the corners and are shod in fat and skinny Mickey Thompson radials. A shout out to the trunk which now holds the fuel cell, electric fuel pump and relocated battery. Interior All original seating was stripped out, then a 8-point cage was welded in followed by a full coating of sheet metal for the door panels, package tray, and rear firewall. Summit Racing racing buckets in black vinyl with 5-point belts were put in are nice looking and are floated by very clean nearly new red carpeting. Up top hangs a newer red headliner with just a little amount of sagging of the felt in the center. The factory steering wheel fronts the original Star Wars gridded instrument cluster, and an AutoMeter Pro Comp 2 tachometer has been strapped to the column. Dash central now holds a custom switch panel while just below are auxiliary gauges to keep an eye on engine vitals and a Cheetah SCS shifter is on the hump. The original dash has been greatly simplified and we could call it just the facts Maam Drivetrain Within a pristine engine bay under the scooped hood, sits the money shot with a consignor stated 473ci, (a 460ci V8 bored .060 over), Ford V8. Ill try to do this in one breath, so lets take a big INHALE...TRW pistons 10.5 to 1, Eagle connecting rods, a Comp Cams solid roller cam with new valvetrain components, recently reported Ford D0VE cylinder heads with new valves, a QuickFuel 850cfm carb, a MSD distributor, an Edelbrock Victor 460 intake manifold, and polished Ford Motorsport valve covers. Bolted to the back of this big big block is a highly modified Quality Performance Transmissions C6 3-speed automatic with a Transmission Specialties 4500rpm stall converter. Putting the power to the pavement is a narrowed Strange 9-inch Ford rear with a Brute Force Posi unit and 4.11 gears spool. This combo makes a consignor stated 650hp and has made passes in the 1/4 mile in the low 11 second range, and that was before a majority of the work was done....TAKE A DEEP BREATH! Undercarriage To sum it up in a few words, Ill use well cared for, and slight surface rust on the usual suspects. Nary a hint of structural issues. Suspension is supported by a 4-link suspension in the rear with S&W lift bars, and an independent front suspension as well as welded in subframe connectors, Battle Box reinforcements on the torque boxes and koni adjustable shocks and struts. Disc brakes are seen on both ends to bring things to a halt on the big end and shiny gray headers help with the exhale along with Thrush mufflers. Drive-Ability We lit this candle up and it was wheels up to the test track. To state the obvious, it takes off like a rocket ship, shifts smoothly, and goes very well in a straight line. Its actually a good driver too for those non-competition jaunts and street legal to boot. Plenty of WOW factor for the no expense spared power plant, and other than the big Mickey Thompsons on back and the Harwood scoop added to the hood, we have a Ford Thunderbird with a big secret that it just cannot keep. Smoke em if ya got em. VIN DECODE 1FABP46W7DH146531 1-USA F-Ford Motor Company A-Passenger Car B-Manual Belts P46-Thunderbird 2 Door Sedan W-2.3 Liter Turbo 4 Cylinder 7-Check Digit D-1983 H-Lorain, OH Assy Plant 146531-Sequential Unit Number 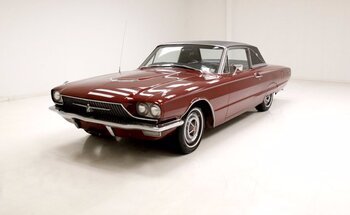 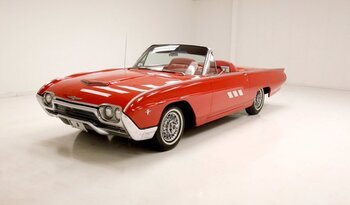