1983 Datsun 280ZX 2+2 for sale! Motorcar Classics is proud to present this beautiful, one-owner, 1983 Datsun 280ZX GL 2+2 coupe featured in black with gold accent stripes and the premium leather and ZX embossed suede interior in tan. This 280ZX was purchased by its one and only owner in 1983 from Miller Datsun in Minneapolis, MN. It has been cherished from new by an enthusiastic woman who used it sparingly so that it has covered only 30,390 miles. Continuous ownership is documented and receipts show substantial recent servicing to assure that it drives and functions as good as it looks. The GL package includes a full complement of luxury and convenience features with the only options being the T-bar roof, along with the original storage bags, and the digital instrument cluster with audio voice alerts, both of which this car includes. This ZX has had no rust, ever. It has never been damaged. The paint is factory original. Period-appropriate matching sheepskin seat covers have preserved the front seats in excellent condition. The owner has shown the car in 1995 and 2017, both times earning awards. In 1995 she had the privilege of meeting the man who is known as the father of the Z-car, Yutaka Katayama, at which meeting Mr Katayama ceremoniously autographed the right sun visor, which has been removed from the car for the purpose. Photos of the event, and the awards, are included. The car is powered by Datsuns 2.8L inline 6 rated at 145HP mated to a user-friendly three speed automatic transmission. This car was highly rated, in period, for its balance of sports car performance with luxury touring amenities and plenty of room. It remains a delight to drive today. With its well-preserved condition, interesting history and provenance, this car will bring its second owner pride and pleasure on the road, and on the show field. 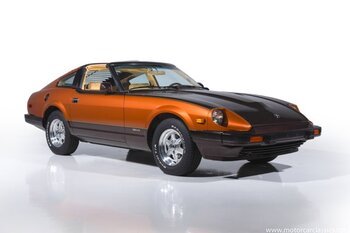 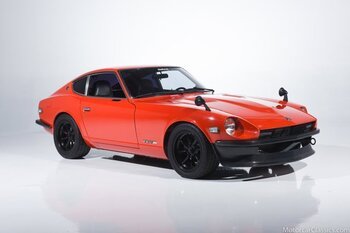 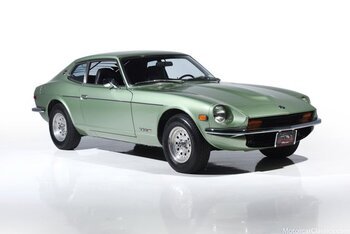 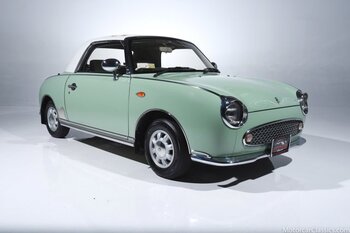