Despite its long tenure and tremendous sales in North America, the Mercedes-Benz SL-Class, chassis code R107, was never offered in North America with a powertrain and running gear to truly excite and engage the sports-car enthusiast. Since inception in 1971, it was clear that the R107 series of convertibles was less the exhilarating super leicht super light performance machine the original SL was and more a beautifully engineered luxury coupe. Even the V-8 models were relatively underpowered, fitted exclusively with automatic transmissions, and rode upon a compliant suspension that emphasized luxurious cruising. In this regard, the independent tuning firm AMG, based in Affalterbach, Germany, saw a massive business opportunity.

For a privileged clientele with unbounded checkbooks, AMG which remained independent until Mercedes-Benz acquired a 50-percent stake in 1999 and then fully subsumed it in 2005 would entirely transform the SL into a true sports roadster with greatly improved power, handling, aerodynamics, and a full suite of attention-grabbing cosmetic accoutrements. Each car specified by an AMG customer was bespoke, replete with -la-carte options offered from the companys wide-ranging catalogue.

THE FIRST OF EIGHT

Among the handful of AMG franchisees operating in North America, the most important was Richard Buxbaums Classic Motors a shop on the outskirts of Chicago specializing in automotive accessories and gray-market imports. Buxbaum was instrumental in AMGs successful expansion from a small German tuning firm into a global brand and the 500 SL offered here is among the first complete AMG cars that he ordered from Affalterbach.

This 500 SL is the first of eight examples equipped with a five-speed manual transmission reportedly built by AMG for North American customers between 1982 and 1987. Finished in Black over Palomino leather, it was ordered in late 1981 by Jay Levitt of Naples, Florida via Buxbaum and converted to its current specification by AMG in Affalterbach when new.

A pair of ported and polished cylinder heads, which house solid mechanical intake valve lifters, and a set of AMG camshafts are the pices de rsistances among its desirable AMG-engineered performance upgrades. This top-end power kit is complemented by a modified air-intake assembly, and custom exhaust system which altogether help this 5.0-liter engine produce a conservatively rated 276 horsepower and achieve a top speed above 155 mph. Considering that the most powerful SL available to a US buyer in 1982 used a 3.8-liter V-8 that produced a mere 204 horsepower and had a top speed of 133 mph, this SL 500 AMG 5.0 is truly a mechanical marvel by comparison.

Power is routed to the rear wheels through a close-ratio five-speed manual transmission from Getrag and a limited-slip differential, which sits upon a unique 3.46:1 rear axle. Close inspection reveals that AMG technicians cleverly repurposed the cars original bellhousing to unite the Getrag transmission with the engine. A full Bilstein for AMG suspension and color-matched 16-inch BBS alloy wheels wrapped in Kumho tires provide more agile handling dynamics and a pleasingly aggressive stance.

The interior is a rather subtle affair by AMG standards, though a handsome pair of Recaro Ideal seats wearing Palomino leather helps convey the high-performance potential. The shift boot and steering wheel have been similarly upholstered, uniting a pleasant aesthetic highlighted by rich zebrano wood trim and AMGs signature 300-km/h speedometer.

In an interesting twist, Buxbaum had ordered this 500 SL 5.0 incorrectly having forgotten to specify antilock brakes on the donor car. The error was remedied on 13 April 1983, when Levitt traded this car back to Buxbaum in exchange for a nearly identical replacement five-speed-equipped 500 SL 5.0 with antilock brakes. Notably, this important 500 SL 5.0 AMG has had just three recorded owners since 1995 and was acquired by the consignor in 2017 from the noted pre-merger AMG enthusiast Henric Nieminen of Los Angeles, California.

A rare and intriguing model with a passionate following, examples are fiercely sought after today for their incredible looks, wonderful driving dynamics, and equally impressive performance. With pre-merger AMG cars increasing steadily in cachet and collectability, this notable 500 SL 5.0 five-speed example is a rare find that will surely command attention wherever it lands next.
To view this car and others currently consigned to this auction, please visit the RM website at rmsothebys.com/en/auctions/mi22. 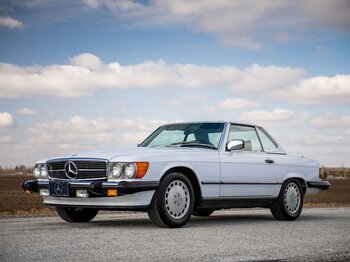 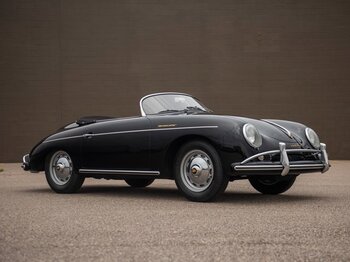 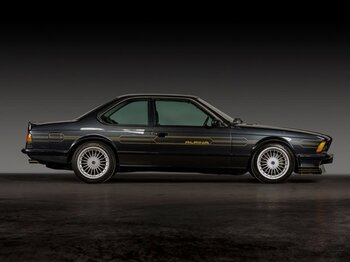