Gateway Classic Cars of St. Louis is proud to digitally present to you this beautiful 1982 Chevrolet Corvette.1 of only 6759 made and were on special order only!The 1982 Chevrolet Corvette although this year was the last of its kind it employed many cutting-edge features and also for the model year featured a Collectors Edition trim. Under the hood the 1982 Corvette had a new type of four-speed automatic transmission with lockup function in every gear except first. The engine was a new kind of 350-cid V-8 with Cross-Fire fuel injection. Twin throttle-body injectors with computerized metering helped boost horsepower to 200 (10 more than in 1981) and cut emissions at the same time and was the first fuel-injected Corvette in nearly two decades. Externally the final version of the big (Stingray-style) Corvette changed little but the Collector Edition model displayed quite a few special features highlighted by a frameless glass lift-up hatch in place of the customary fixed backlight. The body-color front bumper had a built-in air dam as well. Its unique Silver-Beige metallic paint was accented by pin stripes and a fading shadow treatment on hood fenders and doors ... plus distinctive cloisonne emblems. The car rode on special finned wheels that were similar to the cast-aluminum wheels that dated back to 1967. The Collector Editions removable glass roof panels had special bronze coloring and solar screening and the models crossed-flags emblems read Corvette Collector Edition around the rim. Inside was a matching Silver-Beige metallic interior with multi-tone leather seats and door trim. Even the Collector Editions hand-sewn leather-wrapped steering wheel kept the theme color and its leather-covered horn button had a cloisonne emblem. The 1982 Collectors Edition corvette was distinct in that it was the first Corvette to break the $20000.00 price mark. Collector Edition corvettes were also built-to-order rather than according to a predetermined schedule. These cars had a 0 in the sixth position of the VIN so swindlers could not forge a replica which happened all to often with the 1978 Pace Car. Despite the minor and MAJOR features that make this 82 Corvette stand out you can never top the exhilarating feeling that you get from the time you pull it out of the garage until the time you swing it back in for the night. YOU NEED THIS! Call us today!This 1982 Chevrolet Corvette can be seen in greater detail including 100+ photos and HD video on our website at www.gatewayclassiccars.com. If you would like more information on this vehicle please give us a call at 618-271-300 or send us an email at stl@gatewayclassiccars.com 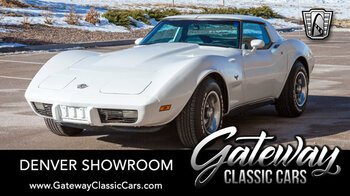 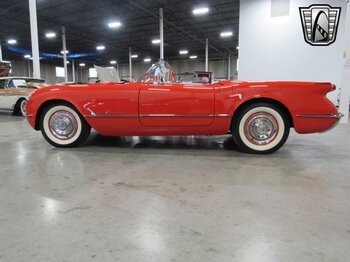 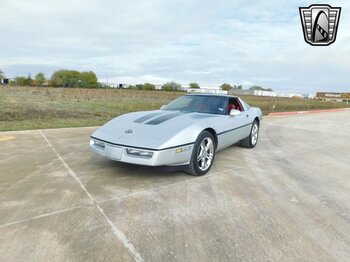 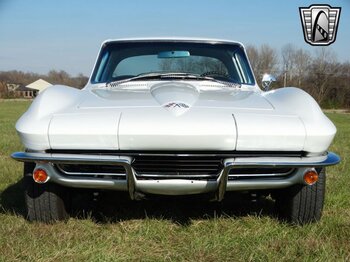