1982 Chevrolet Camaro Z28 Pace Car Introduced in 1982, the first of the third generation Camaro was immediately met with Car of the Year honors from Motor Trend magazine and selection as the Indy 500 Pace Car. Powered by the optional 305ci V8 and automatic transmission, this well-preserved Z28 Pace Car retains its original Silver finish and special graphics in blue and red accenting. For consignment, a replica of the 1982 Z-28 Pace Car. It has all the correct engine, wheels, and graphics, right down to the side door Indianapolis 500 badge above the stripes and includes the Pace Car book. A snazzy metallic fabric two tone interior which includes silver bolsters and blue broadcloth inserts. The consigner states that the first owner who purchased the car on April 16, 1982, drove it to the race where he was allowed to drive on the track (No documentation or photos). Add in that this car is one of 40 believed to be built with the J65 RPO option (4 wheel power disc brakes), and a console quartz clock its a rare one! Gentlemen start your engines! Exterior Straight Silver painted steel panels combine with neoprene crash bumpers and nose and rear add ons to absorb bumps. A graphics package which includes a large wide blue stripe decal with thinner stripes below the large one in a blue fade to light blue background encircles this car. On the hood dual cove blue fade decals run up towards the windshield and frame the dual intake coves and inlet in the center of the hood. On the B pillar is the winged tire- an iconic symbol of the Indy raceway. On top are removable smoked glass T tops, and a large greenhouse curved rear window with CAMARO letters adhered to the upper of the front and back windows. On the back a small spoiler is above the inset rear lights with another neoprene bumper below, wrapped in the striping motif. Dual inset rectangular headlights lead the way, and 15-inch rally style wheels with a thin red stripe on the outside are on all 4 corners with Dunlop GT Qualifier raised white letter tires. Overall, a very nice example with a few faults in the paint and a right side window molding that shows wear. Also, graphics are peeling in some areas. Interior A swing of the doors, and one cannot help but be sucked in by the two tone silver bolstered in vinyl, and blue broadcloth inset buckets up front, and a fold down seat in the rear. Wide black piping adds some bling to the upholstery motif, as does the silver on top and carpet on bottom in blue door panels. The dash in its early 80s square and rectangle motif has various inset panels to hold switches knobs and toggles as well as the instruments in analog format. A center console runs from rear to dash and climbs upward. Interestingly the sides of this console are carpeted in a different blue color than the floors? This houses a glovebox, gear shift lever, window toggles, a quartz movement clock mounted in the center of the console, AM/FM radio with a digital clock and fan and air temp controls. On the glovebox in front of the passenger is an Indy 500 badge. Nice blue thick pile carpet floods the floors as well as the rear cargo area and the rear seat back when folded down. Other than the hump side coverings, not too much fade is noticed on this carpet. Drivetrain The correct and looking polished and nicely preserved engine in 305ci CFI V8 form, has Crossfire fuel injection. A TH350 3-speed automatic is on back and a 10-bolt 2.93 Positraction rear axle is bolted on. The very rare J65 4 wheel disc option is on this car. Some metal parts and the master cylinder have a light dusting of surface rust. Undercarriage A slight speckling of road dirt, and very light sporadic surface rust are noted on this otherwise very sound and mostly clean and patina undercarriage, structure, and body shell. Independent coil springs for the front suspension, and a torque arm is on the rear and the J65 RPO option of power disc brakes for both the front and rear of the car A note to some oiling occurring near the front of the pumpkin at the driveshaft entry. Drive-Ability Sitting in this car throws me back to 1982, and I can almost picture rounding turn 4 on to the massive wide and long straight reaching for the finish line in the brickyard at Indy. But I digress and head for our Classic Auto Mall Test Track instead. Here she performed nicely with great acceleration, good braking and a nice comfortable cruise. I did not want to go too far because I could get addicted but put it through its paces where it flew through the checkered cloths in my mind at the end. Note the heater needs a new core and is currently being bypassed, the A/C blows warm, and the passenger window is a little fickle as the switch needs to be jiggled for the window to work. A low mileage, well cared for replica of the 1982 Indianapolis Pace car which was also Motor Trends car of the year. Snazzy interior, wonderfully preserved engine bay with matching numbers, and the 1980s graphics the color combo is just right. Bring on the flower wreath and quart of milk.... Back home again in Indiana ... VIN DECODE 1G1AP8770CL133029 1-USA G-General Motors 1-Chevrolet A-Manual Belts P-Z28 87-Sport Coupe 7-305ci V8 LU5 165hp 0-Check Digit C-1982 L-Van Nuys, CA Assy Plant 133029-Sequential Unit Number 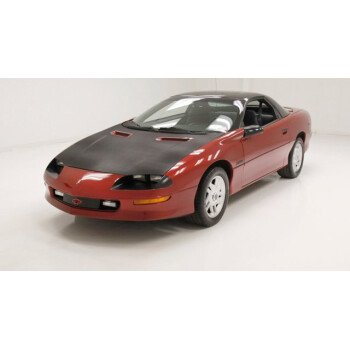 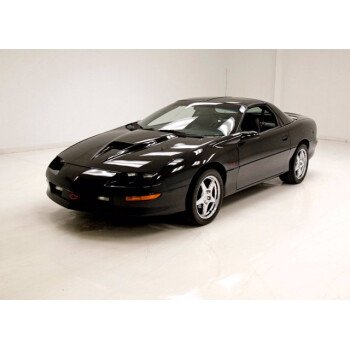 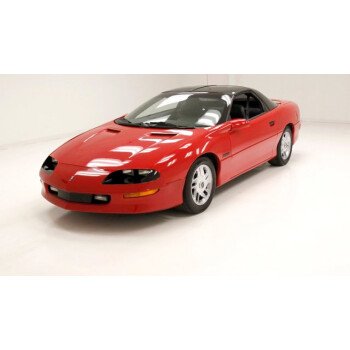 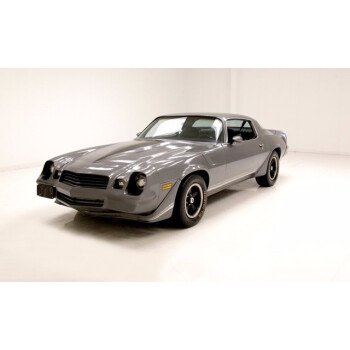