1980 Chevrolet Corvette - Same Owner Since 1987 - Two Owners Total - L82 350 V8 - Automatic Transmission - 53k Original Miles - Power Windows and AC - All Original Example As the automotive industry entered the 1980s, government regulations on safety, fuel economy and exhaust emissions had all but destroyed the once vibrant American performance car market produced by the Big Three. The remains of the muscle car era that had thrived just ten years earlier, now was very thin, and automakers tried to convince the American market they no longer wanted a performance car that stimulated a fire in their souls to have a car they could really drive. One of the few cars still flying the performance flag and drawing buyers to the dealer showroom was the 1980 Chevrolet Corvette. Youve got to give Corvette engineers credit for their staying power during the Malaise Era. Year after year they come back from budget meetings with the same old car and a whole new bunch of government regulations to meet and were challenged to keep it interesting for the Corvette loyalists. For 1980, the Y-Body engineers produced a Corvette with fully integrated spoilers that cut a cleaner hole in the wind; and a significant number of pounds have been shaved from the chassis and body. Goodyear had introduced a tire that complimented the upgrades to the suspension that vastly improved the road manners making the steering response more accurate and predictable then seen in previous Corvette models. Corvette engineers succeeded against the odds in producing a car that was still lively to drive and would maintain the Corvette Heritage until the 1983 when the next generation Corvette was slated to be introduced. Corvette owners are often some of the best previous owners to buy a car from. They meticulously maintain and preserve these cars, behaving less like owners and more as curators protecting these cars for the next owner. Certainly, this is the case with this car. It has only had two owners since it left the Chevrolet Dealership 40 some years ago with the most previous owner possessing the car since 1987. Remaining highly original, this Vette only shows 53,000 miles on the odometer. The vibrant red paint presents well with a rich luster and shine. The optional aluminum wheels have been well maintained, polished and are wrapped in Goodyear Eagle GT raised white letter radial tires. Inside this Corvettes tan cockpit, the interior is all original showing very little wear. Options include power windows, power locks, air conditioning, rear window defroster and Delco AM/FM/Cassette Stereo. Under the hood is the optional L82 350cid/230hp V8. The engine compartment is clean, well cared for and looks to be complete and original. The factory dual snorkel air cleaner and aluminum finned valve covers are other highlights. The power is transferred through a 3-speed automatic back to the independent rear suspension with limited slip differential. Other features include power steering and power four-wheel brakes. The underbody is unrestored but presents as well maintained with the brakes having been recently serviced including a new master cylinder, and front caliper. The later Corvettes of the C3 generation are fun cars to own and drive. Not only that, they also represent some potential investment value as well. The Hagerty Valuation Guide indicates these cars have continued to climb in value the last few years. As you drive this car you will find people really respond to these cars with thumbs up and big smiles. Pop the T-tops off, plug in your favorite mix tape of 80s rock in the player, head for some curvy two-lane roads, and you will be smiling too! So, while this car may present some investment quality, we can assure you it is truly an investment in fun! Please call if interested or e-mail specific questions. Thank you for looking. 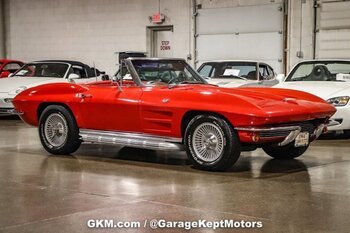 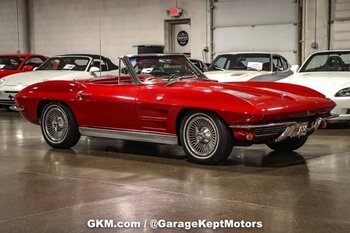 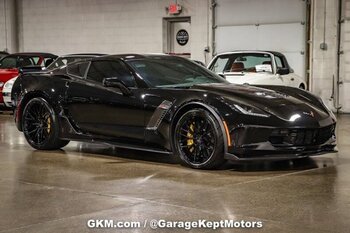 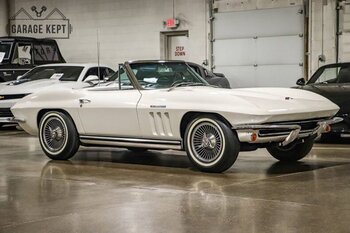