Gateway Classic Cars of Louisville is proud to present this 1978 Chevrolet Corvette Anniversary Coupe! In 1967 Chevrolet made a major overhaul to the Corvette brand when they unveiled the all new C3 corvette for the 1968 model year. The Mako Shark II design for the car was conceived by Larry Shinoda. The C3 corvette was produced all the way until 1982. This 1978 model not your common find. The two-tone Anniversary Silver/Gray is faded in spots but is believed the original factory paint. The body matching t-tops are there and do function. The Mahogany leather seats are a nice blend with the exterior tones and show normal signs of casual use. Under the hood is the L82 350ci V8 with power running down through a 4-Speed Manual transmission. Car runs drives and shifts out very well. She is believed to be rocking the factory 3.70 gear ratio. Per the owner mileage of 40k is believed to be actual. Car has changed hands through friends with 3 total owners. We are inclined to believe the claim outside of the title already supporting the mileage statement. This Corvette comes with T-Top Covers Spare Parts and lots of original documentation. Docs such as the original window sticker build sheet purchase agreement and more. This car was ordered from the dealer in October of 1977 and was delivered for sale August 1978. Options on this Vette include: A/C Power Steering Power Brakes Leather Interior T-Tops AM/FM Radio Seatbelts Alloy Wheels and Radial Tires. This 1978 Chevrolet Corvette Anniversary Coupe is offered by our Louisville Showroom and can be seen in greater detail including 100+ HD pictures and an HD video at www.GatewayClassicCars.com. For additional information please call our knowledgeable staff at (812) 294-1555 or email us at louisville@GatewayClassicCars.com 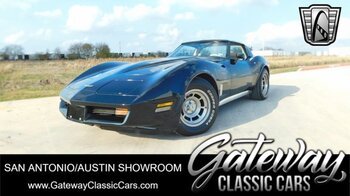 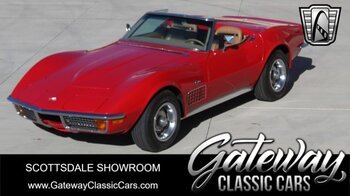 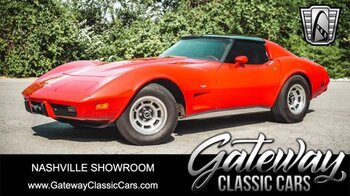 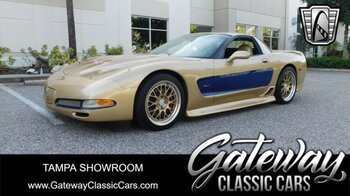