1978 Chevrolet Corvette Indy Pace Car Cashing in on the birthday cachet, Chevy offered the 1978 Corvette with 25th Anniversary paint, which was a relatively inexpensive striping package that would be viewed as a desirable option and could thus be considerably marked up. Before he retired, Bill Mitchell had suggested a Silver Anniversary model in his favorite color - silver, appropriately enough - and it appeared as the $399 B2Z option package. With 10,848 original miles this car could still have the break in oil in it... but we know it does not, because it was very recently serviced. A numbers matching two tone pace car sans stickers anniversary edition in great condition is offered for your consideration. Exterior This car presents long in the Sharks tooth, its 1978 changes seemed to rejuvenate it all out of proportion to their magnitude. Bathed in a black upper and a silver lower the fiberglass body is excellent, and the paint presents very well. We can see a red pinstripe denoting the silver and black border and adding a bit of zing to the exterior. A removable glass T top in excellent condition can be stored in the rear of the car and is tinted but all clear. What slight chrome there is has a few small faults on it. Limited edition badging and polished cross flag aluminum wheels are on all 4 corners. A front spoiler and a rear spoiler are packaged on this LE Vette. This is a pace car edition however it has not had the pace car stickers put on. Interior Like new two tone leather buckets with dark silver tuck and roll inserts, and lighter silver bolsters sit proudly on a sea of clean like new gray thick pile carpet. A small center console makes its way forward past the buckets and goes from gray vinyl to black plastic where it houses the shift lever, power windows, and airflow. A Kenwood aftermarket stereo has been added that includes a power boosting amp and multi disc CD player which are nestled behind the seats. Various gauges present themselves to the driver from the center of the dash front. Round gauges in a black field, lots of warning lights, all within the long gray dash. An original steering wheel in very clean condition fronts the dash. Carpet under the greenhouse is slightly faded. Drivetrain A 350ci L82 (Sought After and Rare) V8 which has matching numbers rests neatly under the hood. All is well and very clean under here, and a neat little touch are Zora and Ely Duntov signatures on the air cleaner lid. A single 4-barrel carburetor is atop, and a numbers matching TH350 3-speed automatic is noted. Undercarriage Save for a few spider webs, no surface or invasive rust is within a mile of this car. It truly has been well kept. C3 Corvette suspension around, and 4-wheel power disc brakes, as well as a pristine exhaust system are also noted underneath. Drive-Ability I was anxious to drive this one as it is not very often, I can get into a low mileage Corvette, so I hopped in and started it right up. I wanted to stretch its legs, but I resisted and opted with just going for a cruise mode. Car rides like a sports car, and handles very well, although do not press the gas too hard in the middle of a corner, as it can get snap happy with all its power! A nice driver with a comfortable interior. A very low mileage matching numbers Anniversary Pace Car edition Vette, here for the taking. I would definitely call this one a collectible with the C3 styling, all mechanically sound, and pristine interior, this is a turnkey load of fun right out of 1978 with its wonderful styling. VIN DECODE 1Z8748S901800 1-Chevrolet Z-Corvette 87-Coupe 4-350 ci 4bbl L82 220hp 8-1978 S-St Louis, MO Assy Plant 901800-Sequential Unit Number TRIM TAG H01-April 1st Build Date TR 152-Silver Leather PNT 19U,47M-Black & Silver 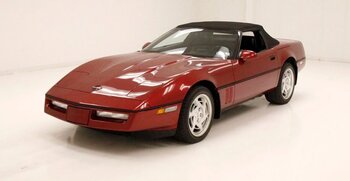 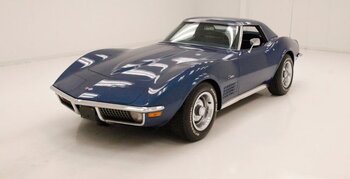 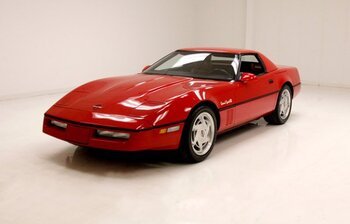 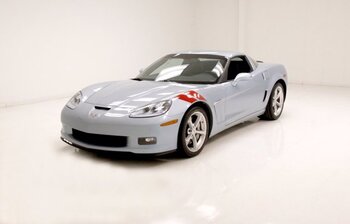