Gateway Classic Cars Houston showroom is excited to present this slick silver 1977 Ford Bronco. Ford introduced the Bronco in 1966 to compete with the growing category of small 4WD vehicles like Jeeps CJ-5 and International Harvesters Scout. When the Bronco was first produced it was a completely new vehicle for Ford. The frame and other key suspension components were not shared with any other vehicle in the Ford lineup. The Ford Bronco is arguably one of the most iconic small SUV body styles ever produced and a later generation would make it famous thanks to a rather well-known police chase. This Bronco was featured in and on the cover of Bronco Driver Magazines issue #43 (Jan/Feb 2010). The restoration commenced in late 2008 in Albuquerque NM and was completed in under a year. RT Rods of Albuquerque NM performed the body and mechanical work Drop of Color (in Albuquerque) handled the paint work and the interior was completed by Bear Nut Upholstery (also in Albuquerque). There are quite a few custom features in this nifty Bronco; many of which Bronco aficionados will spot but quite a few that most folks will miss. Under the hood a potent 302 CID Ford V8 provides plenty of muscle to get this baby going wherever you want to go and the built 3-speed C4 automatic transmission has a wide enough gearing ratio for both off- and on-road adventures. A Holley 4BBL carb tops the V8 and coated headers scavenge the exhaust into the dual exhaust which has a nice muscular sound. When it comes time to slow this iconic off-roader down the driver will be glad that this Bronco is equipped with disc brakes up front and drums out back. The body of this Bronco is finished in a flashy silver which contrasts nicely against the bright red stingray-patterned synthetic leather and cloth interior. 18-inch Teflon-coated American Racing ATX series aluminum offroad wheels are wrapped with some serious BFG RT4 All-Terrain off-road radial tires size LT305/65R18. Inside the dash has been customized and houses a complete set of AutoMeter gauges to keep the driver informed. The ashtray has been eliminated and the dash switches relocated to the custom console which also houses the Alpine AM/FM/CD head unit transfer case shifter and cupholders. A custom heat duct runs beneath the console and provides heat for the rear passengers. The build also makes unique and quite effective use of the gas can behind the rear seat having turned it into a custom subwoofer enclosure. Additional features and options on this custom 1977 Ford Bronco include Power Brakes Power Steering Radial Tires Seat Belts Spare Tire and Tilt Steering wheel. Give us a call or send us an email - get this vintage Bronco before you miss it! 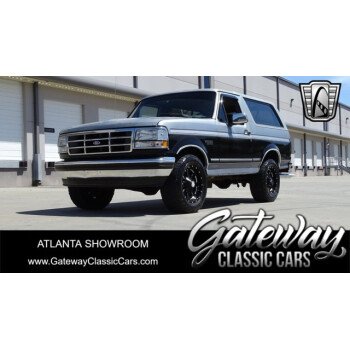 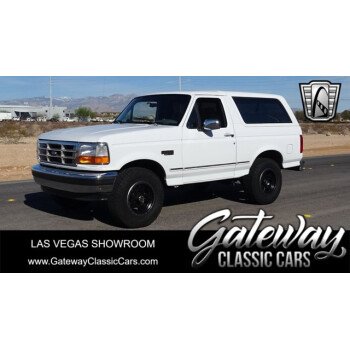 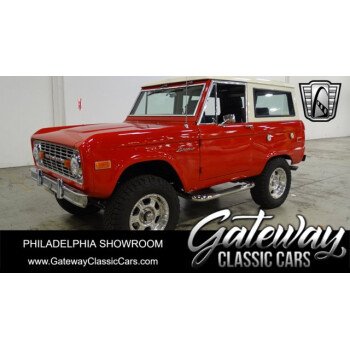 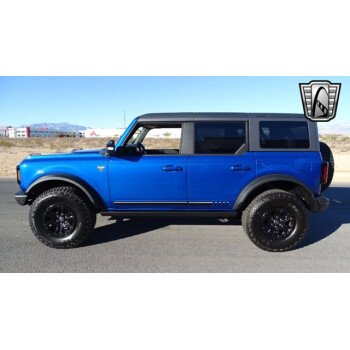