Among the most characterful cars of its era, the Lancia Stratos HF is typically envisioned in the context of rallying. When Tulsa, Oklahoma entrepreneur and dealership owner Anatoly Arutunoff saw the three-time World Rally Championship winning model, however, a different plan sprang to mind: He wanted to take the Marcello Gandini-styled, Bertone-bodied wedge road racing.

I thought it was a neat-looking car, Arutunoff recalled in a recent conversation. It looked like it had a possibility of beating the Porsches in the under-2.5-liter class. Lancia was less than enthusiastic; despite what Arutunoff describes as factory un-support for the initiative, he nevertheless bought this Stratos from the factory showroom in Italy in late 1976. He drove it from Turin to the port of Cherbourg, France and crossed the English Channel by ferry, where the car was loaded onto the Queen Elizabeth 2 for transport to the United States. Arriving in Boston, the shakedown continued as he drove through wintry conditions to Tulsa!

Given the Stratos racing intent, the lightweight, short-wheelbase machine, which used a Ferrari Dino 2.4-liter V-6 variant producing 188 horsepower, required few substantial modifications. Keen-eyed observers may note the missing basket handle spoiler atop the car, an eventual casualty of IMSA aero regulations. After contacting Lancia about the implications of its removal, Arutunoff was told that it was a purely cosmetic feature!

The Lancia debuted at the 24 Hours of Daytona in February 1977, becoming the first and only Stratos to contest the event (though it did not finish the grueling race that day). A tour of Americas great venues followed, including multiple appearances at Sebring, Watkins Glen, and returns to Daytona, plus outings at Road America, Road Atlanta, and Talladega; Indianapolis 500 winner Danny Sullivan served as co-driver at Daytona and Sebring in 1979.

Its final start was at the Budweiser Grand Prix of Miami in February 1984. Though it never took the podium, Arutunoff notes that it was typically minor part failures that sidelined the car in competition and that The Duck, so called because of its bright yellow livery, was thoroughly enjoyable to race. Acquired by present, Texas-based ownership in 1986, it presents largely in as-raced condition, complete but displaying signs of age and use, and would require recommissioning before track use.

With fewer than 500 built, each Stratos HF is special but this example, with a substantial road racing history on its resume, is particularly intriguing. Accompanied by a research file and a selection of parts, including a set of OEM wheels, wiring harness, exhaust components, and fuel tanks removed during the Lancias racecar conversion, as well as body panels and panel molds, it has the potential to be a standout entrant on vintage racing circuits worldwide. To view this car and others currently consigned to this auction, please visit the RM website at rmsothebys.com/en/auctions/mo22. 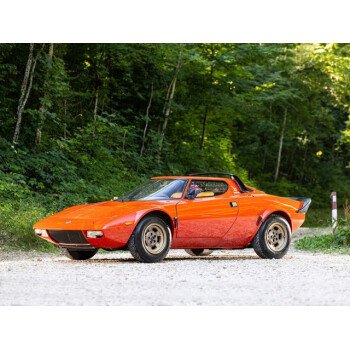 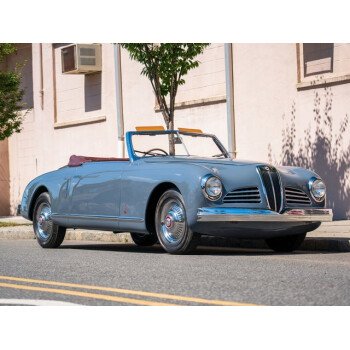 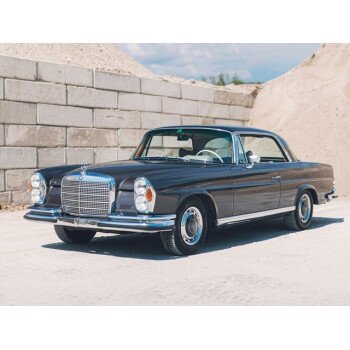 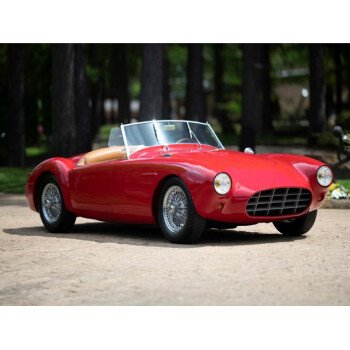