The Ford Thunderbird hit the market in 1955 in was a direct response to the Chevrolet Corvette. While the Corvette aimed to impress with performance, the T-bird was all about style and substance. Dubbed the first personal car by Ford, it was described as a direct descendant of the bespoke 1930s roadsters and was aimed as a brisk grand tourer. It was light for its era and the powerful V8 could propel it to around 120 mph. The sixth generation of the famous Thunderbird was sold from just 1972 to 1976 and was a sister model to the Lincoln Continental and was the largest Thunderbird ever, with a curb weight over 5,000lbs.

GR Auto Gallery is pleased to present this stunning, low mileage 1975 Thunderbird for your consideration. The car is finished in Silver Starfire with a landau soft top in the rear with a crisp and clean burgundy leather interior. The owner has put over $10,000 into the mechanicals of this car and comes with receipts showing new tires on factory wheels with wire wheel covers, refreshed fuel system, refurbished cooling system, new brakes, new exhaust, and rebuilt carburetor. Other highlights include AM/FM radio, power steering and power brakes, air conditioning, cruise control. This car is mechanically ready for a cruise and immediate enjoyment. 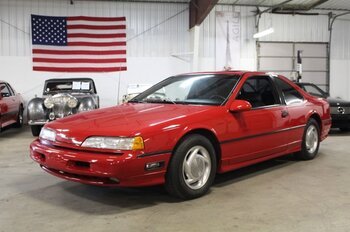 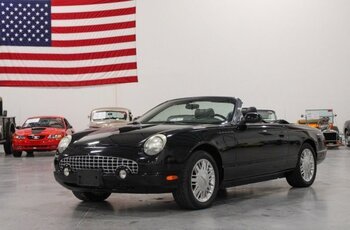 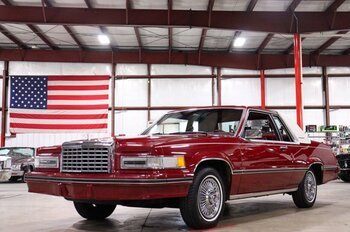 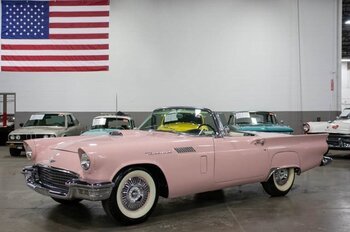